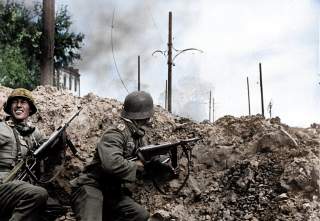 Key point: Berlin and Moscow tore each other apart, killing millions in the process. The fighting was utterly brutal, with few-to-no holds barred.

Robert Farley is a frequent contributor to TNI, is author of The Battleship Book. He serves as an Senior Lecturer at the Patterson School of Diplomacy and International Commerce at the University of Kentucky. His work includes military doctrine, national security, and maritime affairs. He blogs atLawyers, Guns and Money and Information Dissemination and The Diplomat. This first appeared in 2015.