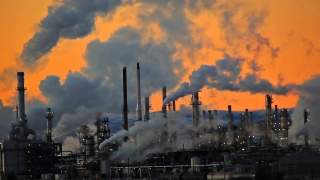 Greenhouse gas emissions released over the first 15 years of the Paris Agreement would alone lock in 20cm of sea-level rise in centuries to come, according to new research published today.

The paper shows that what the world pumps into the atmosphere today has grave long-term consequences. It underscores the need for governments to dramatically scale up their emission reduction ambition - including Australia, where climate action efforts have been paltry.

The report is the first to quantify the sea-level rise contribution of human-caused greenhouse gas emissions that countries would release if they met their current Paris pledges.

The 20cm sea-level rise is equal to that observed over the entire 20th century. It would comprise one-fifth of the 1m sea level rise projected for 2300.

The picture is bleak

The study was led by researchers at Climate Analytics and the Potsdam Institute for Climate Impact Research, and was published today by the Proceedings of the National Academy of Sciences. It estimated the sea level rise to be locked in by 2300 due to greenhouse gas emissions between 2016 and 2030 - the first pledge period on the Paris treaty.

During those 15 years, emissions would cause sea levels to rise by 20cm by 2300. Even if the world cut all emissions to zero in 2030, sea levels would still rise in 2300. These estimates do not take into account the irreversible melting of parts of the Antarctic ice sheet.

Read more: The good, the bad and the ugly: the nations leading and failing on climate action

The researchers found that just over half of the sea level rise can be attributed to the top five polluters: China, the US, the European Union, India and Russia.

The emissions of these jurisdictions under will cause seas to rise by 12cm by 2300, the study shows.

The important takeaway message is that what the world does now will take years to play out - it is a stark warning of the long-term consequences of our actions.

It’s worse than we thought

Last week a separate paper in Nature Communications showed sea-level rise could affect many more people than previously thought. The authors produced a new digital elevation model that showed many of the world’s coastlines are far lower than estimated with standard methods.

In low-lying parts of coastal Australia, for example, the previous data has overestimated elevation by an average of 2.5m.

Their projections for the millions of people to be affected by sea-level rise are frightening. Within three decades, rising sea levels could push chronic floods higher than land currently home to 300 million people. By 2100, areas home to 200 million people could be permanently below the high tide line.

But what of Australia, girt by sea?

Australia is a coastal nation: the vast majority of our population lives within 50km of the sea, and will be heavily impacted by sea-level rise. Already, we’re seeing severe coastal erosion and inundation during king tides - and that’s without factoring in the impact of storm surges.

Clearly the world needs strong climate action to reduce greenhouse gas emissions as fast as possible. The Intergovernmental Panel on Climate Change has said emissions must be lowered to 45% below 2010 levels by 2030 and to zero by mid-century.

We also know that unless the world achieves this, we will not just lose parts of our coasts but also iconic ecosystems such as the Great Barrier Reef.

Australia’s emissions comprise a relatively small proportion of the global total - 1.4% or around 5% if we count coal and liquified natural gas exports. However, we have a much bigger diplomatic and political influence on the international stage.

Australia should use its position to push for urgent action internationally. But the federal government’s appalling record on emissions reduction - despite its efforts to claim otherwise - puts us in a very weak position on the global stage. We cannot point fingers at other nations while our emissions rise and we sell as much coal as possible to the rest of the world, while also burning as much as we can.

All the while, Australia is becoming the poster child for extreme sea-level events, more frequent and severe bushfires and other devastating climate impacts.

Governments, including Australia’s, must put forward much stronger 2030 emission reduction pledges by 2020. There should seek to decarbonise at a pace in line with the Paris Agreement’s 1.5°C temperature goal.

Otherwise, our emissions today will cause seas to rise far into the future. This process cannot be reversed - it will be our legacy to future generations.