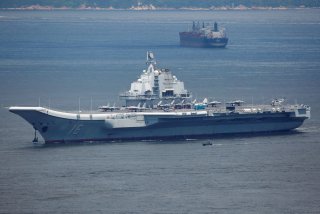 Among the warships engaged in the recent exercises in the South China Sea were the destroyer Taiyuan, frigate Jingzhou and the replenishment ship Chaou. Anti-submarine aircraft from the PLA Southern Theater Command Navy also conducted patrol and anti-submarine missions. Type 022 stealth missile boats of the PLA’s Eastern Theater Command had conducted combat-oriented drills that highlighted the support role the warships can play in coastal combat, as the vessels could arrive at battle positions far faster than any other type of larger warships.

Beijing has also used these recent drills to highlight the fact that its navy remains combat-ready and its crews are largely unaffected by the coronavirus pandemic.

The exercises have come as the U.S. has been increasingly sending warships and aircraft to the South China Sea, even as the U.S. Navy has been dealing with the outbreak of COVID-19 on several warships—most notably the USS Theodore Roosevelt, which returned to Guam in late March while the crew recovered from the highly infectious disease.

While the U.S. hasn’t had an aircraft carrier strike group (CSG) in the region since the crew of the Roosevelt fell ill, the U.S. Navy has still maintained a presence. In late April U.S. Navy and Australian Naval vessels took part in joint operations in the South China Sea, while earlier this week the U.S. Air Force deployed four B-1B Lancers heavy bombers along with approximately 200 airmen from the 9th Bomb Squadron, 7th Bomb Wing back to Andersen Air Base, Guam to conduct strategic deterrence missions and reinforce the rules-based international order. The U.S. also reportedly flew B-1B bombers over the South China Sea and East China Sea during the May Day holiday.

In late April the USS Nimitz (CVN-68) departed Bremerton, Wash. to begin its final pre-deployment training in preparation for its Composite Training Unit Exercise (COMPTEUX) off the coast of San Diego. It will be deployed to the Pacific by this summer.

Exercises such as the one China has recently completed are common among navies around the world. In December the navies of China, Russia and Iran took part in a four-day joint military exercise in the Indian Ocean and the Gulf of Oman.