A Plan for World War III: How the Warsaw Pact Planned to Defeat NATO 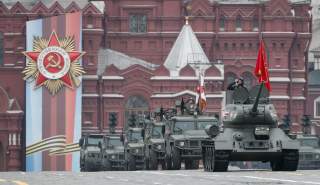