Poland May Have Saved All Of Europe From Communist Domination 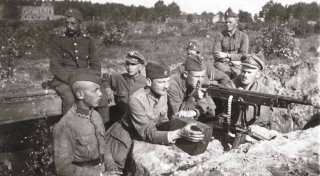 Here's What You Need To Remember: Had Poland fallen before the Red Army and advanced into a tired, war-ravaged and disillusioned Europe, then much of the continent—Germany, Hungary, Italy—might have gone Communist. Some naive souls might have looked forward to the workers and peasants breaking their capitalist chains. The reality would probably have been Stalin's NKVD secret police conducting show trials in Berlin and Paris.

Poland had defeated Russia, but this not quite a case of good defeating evil. Poland between World War I and II was ruled by authoritarian governments that imposed or tolerated anti-Semitic measures that Hitler's brownshirts would have approved of. In 1938, Poland even joined Hitler in dismembering Czechoslovakia as it grabbed its share of Czech territory.