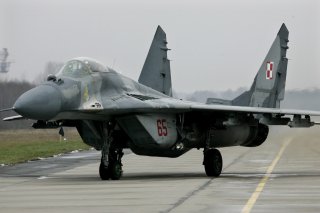 A Polish special commission created to investigate the death of former President Lech Kaczynski, who died in 2010 after a mysterious plane crash, has blamed Russia for sabotaging the flight as part of an assassination plot.

The latest commission report, which was released on Monday, claimed that Russian operatives planted explosives aboard the Tupolev Tu-154M plane, leading it to crash on April 10, 2010, outside the Russian city of Smolensk. The plane crash claimed the lives of ninety-six people, including Kaczynski, his wife, and a number of other senior government officials and military leaders.

Antoni Macierewicz, who served as Poland’s defense minister from 2015 until his appointment to lead the commission in 2018, claimed that the crash was an “act of unlawful interference by the Russian side,” according to the Associated Press.

“The main and indisputable proof of the interference was an explosion in the left wing … followed by an explosion in the plane’s center,” Macierewicz said. He denied that the poor weather conditions on the morning of April 10 had played a role in the incident, noting the good condition of the plane and the experience of both pilots. Earlier investigations in Poland and Russia had concluded that human errors caused by dense fog, as well as a lack of modern radar equipment aboard the Tu-154M, had resulted in the crash.

The accusations in Monday’s report are not the first time that Poland has accused Russia of involvement in the plane crash. Polish nationalist politicians have long argued that the Kremlin, which opposed Kaczynski’s conservative government, had sought to assassinate him, and many have highlighted Russia’s refusal to return the plane for inspection as evidence. These themes have been echoed by Poland’s deputy prime minister, Jaroslaw Kaczynski, Lech’s twin brother, who leads the governing “Law and Justice” (PiS) party that the two brothers co-founded in 2001.

However, the allegations have taken on new importance in the aftermath of Russia’s invasion of Ukraine, which Poland has fiercely opposed and worked to undermine through military aid to Ukraine’s struggling army.

Skeptical critics of Kaczynski’s government, however, have suggested that the allegations against Russia are intended to provide additional support to the PiS, which has been accused of illiberal and authoritarian political practices, ahead of the country’s next election in 2023.