Poll: 59 Percent of Americans Think They Are Financially Better Off Than They Were a Year Ago 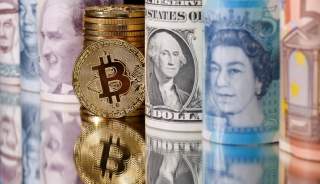 We are supposedly living in the final, dystopian hours of Late Capitalism. And the wretched, miserable 99 percent will soon force radical change on an exhausted, corrupt system. But if true, what to make of the result of last night’s New Hampshire primary result, where the moderates beat the “big, structural change” progressives by some 20 percentage points? If Democratic primary voters aren’t ready for “democratic socialism” or whatever Bernieconomics really is, then who is?

Moreover, there’s all the recent polling data suggesting maybe we’re really not all that miserable and wretched. Gallup finds 59 percent of Americans agreeing they’re financially better off than they were a year ago, the highest such percentage on record. Likewise, CNN finds that 76 percent rate economic conditions in the US today as “very or somewhat good” — the highest share since 80 percent in February 2001. And another Gallup poll reports that nine in 10 Americans are “satisfied with the way things are going in their personal life,” a new high in the four decades that the firm has asked the question. And three–fourths of us expect tomorrow will be better than today.

But how can this be? What about all the wage stagnation and declining mobility and disappearing middle class? Perhaps, Bloomberg columnist Justin Fox speculates, part of what’s happening “may be that we have reset our expectations.” We’ve just forgotten how good things used to be and now we just accept the so–so new normal — at least for as long as the slow–but–steady expansion continues. All these good numbers are a form of mass myopia or short–termism.

Then again, maybe Americans are being totally rational and evidence–driven. Here are a few data nuggets gleaned from a Wall Street Journal essay by my AEI colleague Michael Strain (all based on his forthcoming book, The American Dream is Not Dead) that I recently tweet stormed:

No upward mobility? Around three quarters of people in their 40s today have higher (inflation–adjusted) household incomes than their parents did when their parents were of similar age. And 72 percent of men raised in the working class earn more than their dads did.

Stagnant wages? Since summer 1990 (a peak in the business cycle), wages for the typical US worker have increased by 33 percent, after accounting for inflation.

Stagnant incomes? The median household saw market income gains of 21 percent between 1990 and 2016. Add in taxes and transfers and it’s 44 percent, according to the Congressional Budget Office. And the bottom 20 percent saw their post–tax–and–transfer income grow by 66 percent over these years.

Rigged economy? Over the past four years, data from BLS show weekly nominal earnings for workers in the bottom 10 percent have grown by 19 percent, over a third faster than growth at the median.

Soaring inequality? “While the level of inequality is relatively high, its growth for at least a decade has been quite slow, or even declining.” Example: The ratio of the 90th percentile of usual weekly earnings to the 10th percentile increased by only two percent from 2007 to 2019.

Here’s how Strain summed things up:

This is not a call for complacency. The American Dream always needs to be renewed because every generation faces different challenges. The Dream needs to be strengthened, in part through limited but energetic government action to advance economic opportunity for those that need it most. But the Dream is not dead, and we shouldn’t let a populist scream convince us otherwise. Americans living today have every reason to be optimistic—and grateful.