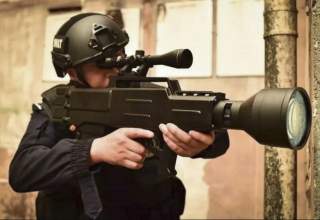 Key point: Despite Beijing's claims, it is likely still a ways away from building a really good laser rifle.

Stephen Chen caused a minor media sensation on July 1 when he wrote about a new Chinese laser rifle for the South China Morning Post.

Sébastien Roblin holds a Master’s Degree in Conflict Resolution from Georgetown University and served as a university instructor for the Peace Corps in China. He has also worked in education, editing, and refugee resettlement in France and the United States. He currently writes on security and military history for War Is Boring. This first appeared in July 2018.