The President’s Hands Should Remain Tied on Taiwan 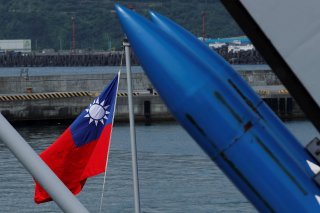 To be sure, the United States must do all it can to prevent China from invading Taiwan by continuing its effective policy of strategic ambiguity and providing assistance to bolster Taiwan’s ability to defend itself. However, as troubling as the fall of Asia’s strongest democracy would be, decisions regarding Taiwan must reflect the fact that the United States could bear the impact a successful invasion would have on its interests. Given the strained case for Taiwan’s relevancy to the vital interests of the United States, many advocates for an intervention in defense of Taiwan argue that failing to intervene would encourage further Chinese aggression and undermine America’s credibility. However, because China’s deep-rooted ambitions of gaining control over Taiwan are unique to the island and China has shown little interest in conquering its other neighbors, there is no reason to believe that a successful invasion would open the door to a wave of imperial conquests. Likewise, as the United States very clearly has no treaty commitment with Taiwan, deciding not to intervene would do nothing to weaken the credibility of America’s security commitments.

In light of China’s long-held desire to take Taiwan and the advantages of its recently improved military posture in the region, Luria’s assertion that a speedy American response would “de-escalate the situation” is dubious. Rather than de-escalating the situation, choosing to intervene would bring the United States into a direct conflict with China that could escalate into a nuclear war.

Repelling China’s military—which has prepared for an invasion of Taiwan for years and has been strengthened by recent modernization efforts—would be a profound challenge even if Luria’s proposal somehow allowed the United States to intervene slightly sooner. U.S. military war games attest to the fact that the United States could very possibly lose a war over Taiwan. Regardless of the outcome, America’s military capabilities and economy would be devastated after any war with China. Most concerningly, it would be horrifyingly easy for a war with China to lead to a nuclear exchange.

To paraphrase a Chinese official, the United States needs to decide if it is worth risking the loss of Los Angeles to defend Taiwan. Instead of relinquishing one of its most sacred duties as Luria recommends, Congress must—for the American people, America’s national interests, and the health of the country’s system of government—make sure it has a say in answering that vital question if China ever takes military action against Taiwan.