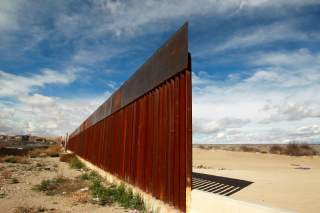 The price on bail bonds for illegal immigrants has been surging, and those costs could be having an effect on crowding in Immigration and Customs Enforcement’s detention centers, according to data from Syracuse University’s Transactional Records Access Clearinghouse.

Bail bonds in 2005 that judges issued for illegal migrants were all less than $2,000, Axios reported, citing the TRAC data.

The surge could be playing a role in the overcrowding at some ICE facilities, according to Axios. Asylum seekers and undocumented migrants receive court dates in the United States, but before going to court it is up to ICE to decide if they will be detained before their scheduled appearance.

ICE also decides on a case-by-case basis who qualifies for bail and what that amount should be, Axios reported.

President Donald Trump has been against the catch-and-release idea in the past, which allows illegal immigrants and asylum seekers to be freed into the United States until their day in court. The Trump administration recently tried to prevent those seeking asylum from receiving bail, but the measure was blocked in court, according to The New York Times.

Some ICE detention facilities are run by private companies, and their contracts with ICE typically include a minimum guaranteed number of beds that are filled, according to Axios.

“What I’ve noticed is that whenever that space is full, that’s when people start getting bonds,” said Kelli Stump, an immigration lawyer.

There is $200 million in bond money that has not be claimed or returned to these immigrants, The Washington Post reported, citing data immigration-law clinics at Stanford University and the University of California at Davis shared.

ICE did not immediately respond to the Daily Caller News Foundation’s request for comment.