Problem Can China's J-20 Stealth Fighter Be Picked Up on Radar? 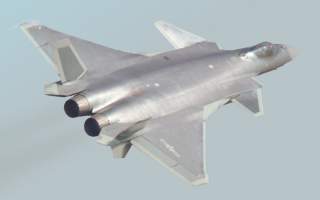 The Indian military seems to agree.

The Indian Air Force (IAF) claimed that the Su-30MKI’s Phazotron Zhuk-AE active electronically scanned array (AESA) radar is capable of detecting the J-20 at a distance of hundreds of kilometers.

“Su-30 radar is good enough and can pick it (J-20) up from many kilometers away,” added Air Chief Marshal Birender Singh Dhanoa. Indian media outlet zeenews reports that this is precisely what happened last year when Indian Su-30MKI’s deployed on a sortie managed to track J-20’s operating over Tibet.

Little else is known about the interaction, including how many aircraft were involved and the details of how the J-20 was detected. But tempting as it is to write off the J-20’s stealth capabilities based on this reported incident, a few qualifications are in order.

To understand how stealth can fail, we need to demystify what “stealth” is and how it works. Needless to say, “stealth” is not a binary switch that can be flipped on to make an aircraft “literally invisible”. Rather, “stealth” refers to a wide array of equipment and design choices to reduce a plane’s radar cross-section (RCS); simply put, to make it less detectable by radars. While the Chinese don’t use western aircraft classification standards, the J-20 boasts many of the key features of a fifth-generation stealth fighter; among them, a sharp nose, specially-coated canopy, and radar-absorbing construction materials. These tools minimize chances of detection, but can never fully eliminate them.

Unintuitive as that seems, it could also be that the J-20 allowed itself to be detected for strategic reasons. As Royal United Services Institute air combat expert Justin Bronk explained to Business Insider, “it is possible that the Chinese are flying the J-20 with radar reflectors attached to enlarge and conceal its true radar cross section during peacetime operations — just as the USAF routinely does with the F-22 and F-35.” Bronk added that-- unlike the F-35-- the J-20 is easier to detect from the sides than the front. Finally, the IAF may be exaggerating how easily and reliably they can detect the J-20 as a deterrence measure amid ongoing Sino-Indian tensions over the Tibet region.

With these caveats out of the way, does the J-20 really have a “stealth problem?”

Not exactly, but it does have an engine problem that will cripple its stealth performance if left unaddressed. The J-20 was supposed to be powered by a specially-built WS-15 engine, but the Chinese have been unable to mass-produce the W-15 due to severe quality control issues stemming from its single-crystal turbine blades. Intent on rushing out the initial batch of combat-ready J-20’s in 2017, the PLAAF was forced to resort to the inferior WS-10B engine as a temporary stopgap solution. Among other problems, the WS-10B’s thrust-to-weight ratio is insufficient to power the J-20 at supersonic speeds without the use afterburners, which compromises its stealth capabilities.

Can the WS-15 be brought to mass production standards at reliable quality control levels? Progress remains elusive, but the implementation of the WS-15 is crucial to the J-20’s ability to fulfill its stealth role.