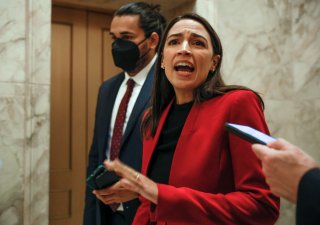 Thirty progressive House lawmakers sent a letter to President Joe Biden on Monday urging him to engage in direct diplomatic talks with Russia to reach a negotiated settlement in Ukraine.

“We agree with the Administration’s perspective that it is not America’s place to pressure Ukraine’s government regarding sovereign decisions, and with the principle you have enunciated that there should be “nothing about Ukraine without Ukraine,” the letter read. “But as legislators responsible for the expenditure of tens of billions of U.S. taxpayer dollars in military assistance in the conflict, we believe such involvement in this war also creates a responsibility for the United States to seriously explore all possible avenues, including direct engagement with Russia, to reduce harm and support Ukraine in achieving a peaceful settlement.”

The letter did not signal an intention to block further Ukraine funding and instead called on the White House to recommit to a diplomatic track. “[W]e urge you to make vigorous diplomatic efforts in support of a negotiated settlement and ceasefire, engage in direct talks with Russia, explore prospects for a new European security arrangement acceptable to all parties that will allow for a sovereign and independent Ukraine, and, in coordination with our Ukrainian partners, seek a rapid end to the conflict and reiterate this goal as America’s chief priority.”

The progressive wing of the Democratic Party has so far refrained from hindering or otherwise opposing the Biden administration’s Ukraine strategy. No Democrats tried to block the $40 billion Ukraine aid package in May. Rep. Alexandria Ocasio-Cortez (D-NY), one of the country’s most prolific progressive politicians, was heckled by left-wing activists during a town hall even earlier this month over her stance on the Ukraine conflict.

White House spokesman John Kirby reiterated the Biden administration’s stance on Ukraine’s central role in any potential peace talks when asked about the letter. “We’re not going to have conversations with the Russian leadership without the Ukrainians being represented,” he said, according to the Washington Post. “Mr. Zelensky gets to determine—because it’s his country—what success looks like and when to negotiate,” Kirby added, noting that Russia can end the war at any time by withdrawing its troops.

The letter comes shortly after House Minority Leader Kevin McCarthy (R-CA) said there would be no “blank check” for Ukraine if Republicans win control of Congress. Rep. Scott Perry (R-PA), chair of the Freedom Caucus, recently floated the idea of an investigation into the Biden administration’s approach to peace talks on the Ukraine issue, according to reporting by Axios.