Project Rainmaker: The Future of AI-Enabled Warfare Is Here 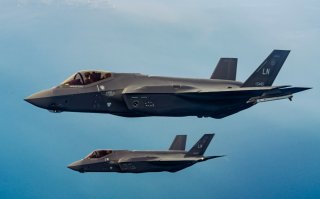 The need to identify targets, communicate the details, and launch an attack could be described as a timeless reality of war. Yet, current technology is now bringing this process to new, breakthrough levels of speed and efficiency. The advent of artificial intelligence (AI), high-speed digital computer processing, and multiple “transport layers” or sources of interoperable transmission technologies have made it possible to find and eliminate targets across vast, previously impossible distances, domains, and areas of operation.

In recent years, there has been an evolving and critical “concept of operation” to this effort as information management, processing, and transmission have taken on new urgency.  Improving this process and engineering the technological foundation for ongoing modernization is the focus of an Army effort called Project Rainmaker.

“Information dominance information today is a force multiplier. I think our leadership is starting to see that. The Army sees weapons, a tank, gun, or aircraft as a weapon system. But data right now is becoming one of those commodities that is actually a system…and data is only good if you can serve it up right, to the right proponent at the right time, in order to make critical decisions,”  Alan Hansen, deputy assistant director for information dominance, U.S. Army DEVCOM C5ISR, Army Futures Command, told The National Interest in an interview.

ARL scientists and experts are looking at both near-term and long-term breakthrough applications of data processing and transmission for shortening the sensor-to-shooter time that can take place simultaneously among air, land, sea, and even space domains. What used to take attackers as much as twenty minutes, can now take twenty seconds or less, enabling offensive forces to operate faster or inside the decision-making cycle of an enemy to improve lethality and prevail. This integrated, multi-service effort is referred to by the Pentagon as Joint All Domain Command and Control (JADC2).

“With JADC2, the intent is that we're going to fight as one service, not as the individual service. So weapon systems that have been managed by the Air Force might get data from the Army. Or the Army might receive data from the Air Force out of an aircraft and F 35,” Hansen said.

AI-enabled systems will bounce streams of incoming new information off of a vast database to draw comparisons, assess possibilities in relation to past combat actions, transmit target specifics, and recommend an optimal weapon with which to strike. Processing information in a “collective” sense combines multiple sources of sensor data that, once complete, can be transmitted widely across the force in a dispersed, networked, and distributed manner.

“It could be an individual who's a squad leader on the battlefield, it could be a commander sitting inside of a TOC, directing a battle within their AOR. Or it could be a general who's actually managing the theater data. Part of it is becoming a very recognized force multiplier for us in future,” Hansen said.