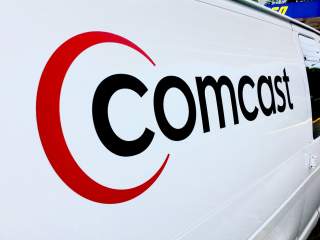 In a sign of just how badly managed one of the biggest telecommunications companies on the planet is, Comcast, who lost nearly three-quarters of a million customers last year, is now planning once again on raising prices.

That makes no sense at all—unless you want people to cancel your services in mass. They don’t seem to understand the threat presented by cord-cutters who have embraced streaming services as well as cable nevers who have never subscribed to cable TV. Knowing they face a generational shift on how people consume content, Comcast does not care for some reason, and seems hell-bent on trying to maximize profits by soaking the customers it still has. The unfortunate thing is that they have tried this strategy before, and it has failed, hence the massive customer losses.

According to Cable Cutters News, Comcast is planning to raise TV prices, internet modem rental prices, with other reports suggesting Comcast’s Xfinity Secure Package could see an increase in cost. I spoke personally to two sources at Comcast and they confirmed that all of these price increases were in the works. One of the sources thought that “this was only the tip of the iceberg” and that customers “will, be default, be asked to make up for the lost profits of all the cable cutters and other customers who have left.”

Wow. The thing is that I am not shocked at all by this. During my years in the cable TV industry, the worst news around the company was when a price increase was announced. We knew many customers would then immediately start looking at competition and consider switching. This was especially true in the late 2000s and early 2010s, when customer choice thanks to ATT and Verizon was coming to damage our bottomline dramatically. Call center reps knew to brace for tens of thousands of angry subscribers demanding new discounts, wanting to check over their bills for ways to save and outright cancellation of services. The stress on many of these reps was severe, as many cable companies payout commissions and bonuses based on how much money you can make on a customer per call or how much revenue you saved per call. Imagine a customer is threatening to cancel service and that one transaction could determine hundreds of dollars in bonus money if you are close to your sales or retention goal. That might explain why your call to Comcast or Verizon somehow was disconnected.

The sad thing is those cable companies, while having made tremendous progress in advancing new technologies and trying to offer their customers more options fail to see the number one reason—excluding generational shifts in preferences—of why people keep cancelling: rising costs. Sticking their head in the sand over this issue could literally be their undoing. And to be honest, it was one of the reasons I left the industry in disgust in the first place.