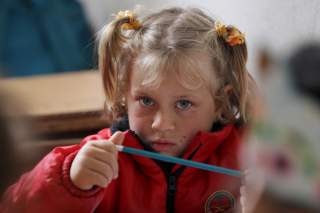 A U.S.-based organization funded by Qatar and tasked with furthering the allegedly terror-linked country’s national vision is openly influencing K-12 public school curriculums across America. A legal loophole allows it to do so without registering as a foreign agent, but experts say the group has at times stretched that boundary by pushing overt propaganda.

The Washington, D.C.-based Qatar Foundation International (QFI) has disbursed more than $30 million to U.S. public schools to fund Arabic language programs, The Wall Street Journal reported in 2017. Public documents and news reports indicate the Doha, Qatar-based Qatar Foundation has funded QFI from its 2009 founding through at least 2017. The Qatar Foundation has been registered as a foreign principal since 2006 and is tasked with carrying out the vision of the country’s royal family.

QFI memos state that it exists to further the Middle Eastern nation’s goals, and its executive director has stated publicly that her bosses include a member of the Qatari royal family and the CEO of the foreign Qatar Foundation. Despite this, QFI is not required to register under the Foreign Agents Registration Act, or FARA, because it says it’s strictly an educational organization.

“Given QFI’s very close association with the Qatar Foundation and the Qatari government – both of which have extensive political functions in the United States designed to influence public policy – the FARA Unit of the Department of Justice should take a close look at QFI to ensure that the organization is what it says it is,” government affairs lobbyist Craig Holman of the left-leaning Public Citizen told the Daily Caller News Foundation.

“If its educational programs in any way seek to shape public opinion in a propagandistic manner, then QFI should be registered and disclose its funding,” Holman continued.

He and a second expert, Middle East Forum analyst Oren Litwin, both believe QFI has pushed overt propaganda for the government of Qatar, which would require the organization to register as a foreign agent under FARA.

“Some of their activities are very clearly crossing the line, and further, if you back up and look at everything they do in the larger context of what the strategic goal is, it’s very clear that even their educational component is part of an influence operation,” Litwin told the DCNF.

He pointed to what he called a “propaganda video” QFI and Al Jazeera co-produced in 2017 that featured Qatari residents speaking out about a land and sea blockade neighboring countries imposed. Saudi Arabia, the United Arab Emirates, Bahrain and Egypt have accused Qatar of funding terror, backing Iran and engaging in foreign meddling.

Republican lawmakers questioned the Justice Department in June about whether Al Jazeera, which they called a “messaging tool for the Qatari government,” should be required to register as a foreign agent of the Middle Eastern nation.

“That video crosses the line and QFI should have registered and disclosed for that video,” Holman said. “If there are other such propagandistic activities ongoing today, then QFI should register” as a foreign agent.

Saudi Arabian state news said in 2017 it cut diplomatic ties with Qatar to “protect national security from the dangers of terrorism and extremism.” The UAE said Qatar was “funding and hosting” the Muslim Brotherhood, which the federation considers a terrorist organization, when it announced that it, too, was cutting diplomatic ties with the nation.

Qatar has denied accusations that it harbors terrorists and engages in efforts to destabilize the region.

QFI Exists To Further The Goals Of Its Foreign Benefactor

QFI reorganized from a private charity to an LLC in 2011, according to Washington, D.C., business registration documents the DCNF obtained. Unlike charities, LLCs are not required to disclose their funding sources, meaning QFI’s reorganization obscures that the Qatar Foundation, a registered foreign principal, funds it.

The Qatar Foundation continued funding QFI after it reorganized into an LLC, according to a WSJ report showing the foundation had funneled $30.6 million into QFI between 2009 and 2017.

QFI stated in a 2015 memorandum of understanding with a Houston school district that it was formed “for the purpose of advancing the vision of Her Highness Sheikha [Mozah] bint Nasser and the vision of the Qatar Foundation.”

Mozah, the second wife of a former Qatari emir, is the chairwoman of the Qatar Foundation. The Qatari government mandated the foundation in 2008 be the “engine” driving the Middle Eastern country’s “National Vision 2030,” a plan that outlines how Qatar will leverage its vast oil wealth to transform into a knowledge-based economy.

“Qatar Foundation was built by Qatar, it is sustained by Qatar, and it belongs to the people of Qatar, regardless of their background and occupation,” former Qatar Foundation President Saad Al Muhannadi said in 2013 after Mozah appointed him to the post.

Mitchell Salem “at times shaped the columns he submitted to The Washington Post, proposing topics, drafting material and prodding him to take a harder line against the Saudi government,” The Post reported after Khashoggi’s death in 2018.

The Post also reported that a QFI researcher and translator assisted Khashoggi in the drafting of his columns published in the newspaper.

“We should not be comfortable with the idea that a foreign country placed an information operator at a major U.S. paper and fed him information, corrected his stuff, and then The Washington Post ran it with not a disclaimer in sight — and everybody ate it up like it was the truth,” the president of the national security think tank Security Studies Group, Jim Hanson, said during a February conference on Qatar’s “malign influence.”

Mitchell Salem insisted the assistance she gave to Khashoggi had nothing to do with QFI.

“He and I talked about issues of the day as people who had come together, caring about the same part of the world,” Mitchell Salem told The Post. “Jamal was never an employee, never a consultant, never anything to [the foundation]. Never.”

U.S. public schools that accept QFI’s grant money are contractually required to give over a degree of access to the foreign-funded organization, according to a 2013 agreement between QFI and the Tucson Unified School District in Arizona.

The contract stipulated that Tucson teachers participating in the QFI-funded Arabic program would allow QFI staff to:

The contract also stated that Tucson teachers “will be required to organize or facilitate at least 6-8 cultural activities inside and outside of the classroom.”

“QFI grants for schools, students and teachers support education in Arabic language and about the Arab world. They are designed to enable students to become engaged with 21st century skills and global competency, and support programs that reach more than 3,200 students in the US and Europe,” a QFI LLC spokesperson previously told the DCNF.