Putin Pushes Back: Russia Unveils New Sanctions Against the West 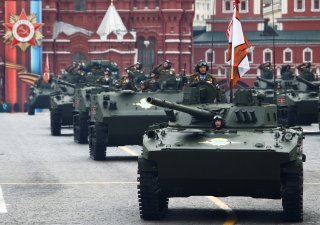 The decree, which was announced on Tuesday, introduced sweeping restrictions on conducting transactions with all of the “foreign individuals and legal entities” included in a soon-to-be-determined list of affected parties. According to the document, Russian officials have ten days to draw up a list of entities and individuals that will fall under the new restrictions.

The decree claimed that these measures are necessary to protect Russia’s national interests in light of "unfriendly actions which contradict international law by the United States of America and foreign states and international organizations that joined them directed at illegitimately depriving the Russian Federation, the citizens of the Russian Federation and Russian legal entities of [their] property right and restricting their property right."

The sanctions will prohibit Russian “state authorities, organizations and individuals” from making  “transactions (including foreign trade contracts) with legal entities, individuals and organizations under their control, in respect of which special economic measures are applied; to perform before persons, under sanctions, obligations under completed transactions (including foreign trade contracts), if such obligations are not fulfilled or not fully fulfilled,” according to a CNN summary of the document.

The decree is seemingly intended to forbid export contracts and other deals with parties found to be involved in designing or enforcing the Western sanctions regime imposed on Moscow in the aftermath of Russia’s February 24 invasion of Ukraine. The decree gives Moscow the power to annul contracts that have already been signed, potentially further damaging the economies of European Union states that are feeling a degree of financial blowback from the unprecedented sanctions being levied on Russia in connection to the Ukraine war.

Light in detail and vague in its phrasing of key provisions, the Tuesday decree is a proclamation of intent rather than a concrete policy document. The specifics, including the list of sanctioned parties, affected transactions, and mechanisms of enforcement, remain to be determined by Moscow in the coming days.

Kremlin officials have repeatedly stated in prior months that they are planning a swathe of retaliatory measures in response to Western sanctions. Moscow imposed its first package of punitive economic policies against the West in late February. Those measures included restrictions on the ability of Russian residents to lend to foreigners in foreign currency, put deposits in foreign banks, and transfer funds to foreign banks. Russia imposed targeted sanctions against President Joe Biden, Secretary of State Antony Blinken, and Defense Secretary Lloyd Austin in mid-March, lambasting the administration for its “extremely Russophobic policy.”

The Kremlin followed up these measures with wider sanctions on 398 members of Congress last month, citing the need for “reciprocity” on the heels of similar U.S. sanctions against over 400 Russian politicians and state-connected elites.