Putin Wants Russia to Lead the Way in AI Weapons 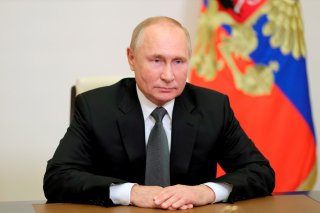 Even as numerous leaders in the tech world have repeatedly warned of the dangers that artificial intelligence- (AI) enabled weapons could present for the future of mankind, Russian Federation president Vladimir Putin has long been a firm supporter of AI weapons. In 2017, Putin proclaimed that the country that leads AI development could have a significant advantage over its rivals.

Putin also admitted that the development of AI could present challenges for humanity.

“Artificial intelligence is the future, not only for Russia, but for all humankind,” Putin remarked. “It comes with colossal opportunities, but also threats that are difficult to predict. Whoever becomes the leader in this sphere will become the ruler of the world.”

Fast forward to this week and Putin seems more than willing to overlook any of those difficulties to predict threats—as he stressed the need for Russia to introduce advanced technologies including AI, which could be used in unmanned combat aircraft.

“We need to continue work on [unmanned aerial vehicles], keep working as intensively as we have been doing lately,” the Russian leader said at a defense industry meeting in Sochi, TASS reported. “I also mean using artificial intelligence, state-of-the-art achievements of technology and science."

Putin, who said that there were more than 2,000 drones operational in the Russian Army at present, also recommended that the Russian domestic defense industry should use the analytical data from those autonomous devices that have already been employed in combat.

Russia has not been shy in suggesting that it is working to develop AI platforms, including drones that could be used as “loyal wingmen” with advanced aircraft but also in land and sea platforms. According to the “Artificial Intelligence and Autonomy in Russia” report published earlier this year by the Center for Naval Analyses (CNA), there are now more than 150 AI-enabled military systems in various stages of development.

“The rapid pace of development in AI and autonomy across the globe and in Russia drives new developments and initiatives announced almost daily. As this body of work demonstrates, it is critical that US national security policymakers consider that while Russia may not be a primary driver of AI innovation itself, it does prioritize investing in and capitalizing on developments in AI and autonomy,” the reported warned.

What could be more worrisome for the United States is that Russia’s efforts are also being supported by high-tech cooperation with China. The report identified China as “the key partner for Russia in the sphere of high technology in general and artificial intelligence in particular.”

Currently, much of Moscow and Beijing’s collaboration has taken place outside the defense sector, but the growing ties of the two countries could only further their efforts to militarize and weaponize AI. Along with hypersonic weapons from Russia and China’s growing navy, this is a threat that needs to be taken seriously by the United States and its allies.