Queen Elizabeth Has Died. God Save the King 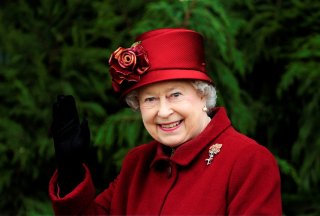 Nirad C. Chaudhuri, the forgotten genius and possibly one of the finest writers of English prose ever born in the empire, wrote about the “Englishman, in spirit.” To him, you don’t have to be ethnically English, or a partisan about the debate about the empire, or a loyalist in favor of constitutional monarchy. A sense of fair play, a desire to endure regardless of the odds, emotional restraint and composure, and a sense of duty and propriety, will still be Victoriana’s greatest contribution to civilization, values that one can adopt. The first prime minister to serve Queen Elizabeth, Winston Churchill, was born in 1874 during the reign of Queen Victoria. The current prime minister, Liz Truss, was born 101 years later, in 1975. Queen Elizabeth Alexandra Mary, the longest reigning monarch, was a living symbol of Victoriana, a last living connection to the age of horse carriages, discovery, romanticism, swords, chivalry, and stoicism.

Along with everything else, monarchy is ultimately a romantic aesthetic, theoretically the last bulwark against tyranny. There are various debates about the British Empire, but one cannot win such an ahistorical debate just as one cannot win a wrestle in a pig sty, because at the end of the day there are no neutral arbiters of human history. But, given that there is no high civilization without a hierarchy and there can never be true equality, the two best options were always an imperial presidency and patrician senate, or a constitutional monarchy with aristocratic checks and balances. There’s a reason all successful countries will always have either of those two. Every attempt to destroy those two systems have led to either oligarchy or outright tyranny.

In a secular world where emotional incontinence and degeneracy are considered signs of authenticity, the queen stood for timeless ideals of hierarchy, loyalty, sovereignty, and selfless duty. It was never about the palaces, which are British state property, or the hereditary wealth, most of which is minimal compared to other global oligarchs. The monarchy brings more tourism money to the UK than it takes. In that way, Britain is truly the most exceptional country in the world.

But it was her often misunderstood old world ideal of stoic duty that proved why, in a generation of pretend feudal Game of Thrones, or celeb worship on the cover of Vogue, true class and nobility remain different. The criticism of her stoicism reached an inevitable peak with the death of Princess Diana. But as always, with all the questions about why the queen cannot emote and wail like the rest, the answer was and will always be the same. Because she is the queen, the living symbol and seal of a former empire, and a current great power, burdened with the duty to be stoic, a sign of immovable endurance.

The queen lived through the passing of the old era with the new, with the mystic chords of memory broken. She was last the spiritual connection with the timeless and mostly lost feudal ideals. The passing of the second Elizabethan age is similar to the passing of the first, an era of technological revolution and political uncertainty. But, one can hope that Charles III Rex, “by the Grace of God, of the United Kingdom of Great Britain and Northern Ireland and of His other Realms and Territories King, Head of the Commonwealth, Defender of the Faith,” can lead his country with a stoic heart and stiff upper lip.

There will always be an England. God save the King.

Sumantra Maitra is a national security fellow at the Center for the National Interest and an elected associate fellow at the Royal Historical Society.