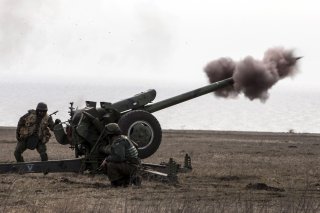 Norway has donated twenty-two self-propelled howitzers to Ukraine, the Norwegian Defense Ministry announced on Wednesday. "The Norwegian government has waited to publicly announce the donation for security reasons. Future donations may not be announced or commented upon,"  it said in a statement, according to Reuters.

The news follows shortly on the heels of an announcement by British defense secretary Ben Wallace that London will supply Ukraine’s armed forces with an undisclosed number of M270 multiple-launch rocket systems.  "As Russia's tactics change, so must our support to Ukraine. These highly capable multiple-launch rocket systems will enable our Ukrainian friends to better protect themselves against the brutal use of long-range artillery, which Putin's forces have used indiscriminately to flatten cities,” Wallace said.

The Ukrainian war effort since the Russian invasion commenced on February 24 has been kept afloat by an unprecedented program of Western weapons transfers, an effort that has been led by the United States. But the size and speed of the foreign arms shipments is exceeding the ability of Ukrainian troops to properly use and maintain these weapons, according to a new report by the New York Times.

“It’s like being given an iPhone 13 and only being able to make phone calls,” said Junior Sgt. Dmytro Pysanka, referring to an advanced Western-supplied JIM LR laser range finder recently transferred to his unit. “I have been trying to learn how to use it by reading the manual in English and using Google Translate to understand it,” said Pysanka. Ukrainian officers told the New York Times that frontline troops had not received adequate training in deploying and maintaining the M777 15mm howitzers supplied by the United States. “The entire M777 machine is put together on the imperial system used in the United States, meaning that using a Ukrainian metric wrench on it would be difficult, and would risk damaging the equipment,” according to the report.

Retired U.S. Army Lt. Col. Daniel Davis framed the Ukrainian military's challenge in stark terms. “The idea is that if you get enough of them [Western weapons] in, you’ll be able to stop the [Russian] onslaught,” Davis told The Hill in May. “But here’s the problem with that: wars aren’t won by equipment, they’re won by troops and soldiers.”

Russian forces have reportedly amplified their efforts to target Western arms shipments headed for the front lines. In late May, the Russian military claimed that it destroyed "a large batch of weapons and military equipment delivered from the USA and European countries" in northwestern Ukraine’s Zhytomyr region using sea-launched Kalibr cruise missiles. Russia has likewise targeted train stations in central and western Ukraine to disrupt the flow of western military aid into the country’s eastern half.