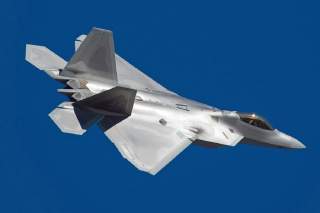 The shortfall underscores just how few of the 187 F-22s actually are available for combat.

The flying branch also withdrew F-22s from the Middle East, ending five years of continuous Raptor operations in the region. Older F-15C fighters took over for the F-22s.

The combat-coded 95th Fighter Squadron meanwhile dispersed its own F-22s to the three other bases with front-line Raptors. "We have recommended that the best path forward to increase readiness and use money wisely is to consolidate the operational F-22s," Wilson said.

The balance of the 95th's jets -- 17 Raptors -- likely are undergoing repairs for storm damage or are going into the Air Force's attrition reserve.

The Raptor force probably will fall short of 80-percent readiness owing in part to "all of the permanent change-of-station moves" after the hurricane, Wilson told lawmakers.

There's a reason to expect major readiness improvements once the former Tyndall F-22s settle in at their new units.

The redistribution of Raptors into fewer but larger squadrons, while potentially disruptive in the short term, ultimately could help maintainers to improve their mission-capable rate. "Larger, traditional Air Force squadrons and deployable units provide a better balance of equipment and personnel," the Government Accountability Office explained.