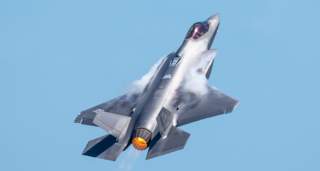 The Pentagon's Office of the Inspector General on Thursday cleared former Boeing executive and current acting Defense Secretary Patrick Shanahan of allegations that he unethically favored Boeing in an official capacity as head of the Defense Department — and the only thing he's guilty of is criticizing the F-35 program for being an expensive disaster.

As part of the the IG inquiry, officials investigated alleged comments Shanahan made regarding the notoriously unreliable F-35 airframe. In January, Politico reported that Shanahan had actively s**t-talked the F-35 in Pentagon meetings; one official even said Shanahan said it was "f**ked up" and that Boeing would have done a "much better" job with it.

Well, the IG office found that those comments weren't totally true, per se (emphasis ours):

Also besides, the report says, his criticism was pretty on par for what everyone else from the Pentagon to the White House has been saying anyway!