This Is Real: The U.S. Army’s “Flying Saucer” Exists 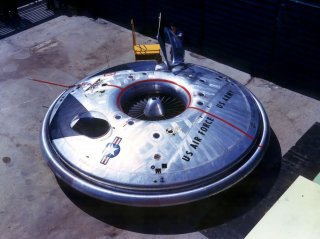 The Avro Avrocar vertical take-off and landing (VTOL) aircraft designed by Avro of Canada for the U.S. military. The project was originally intended as a highly capable fighter aircraft, but the project proved to be complex. The goals of the Avrocar project reportedly changed names, and hands several times, eventually being abandoned by the U.S. Air Force, and ultimately the U.S. Army as well.