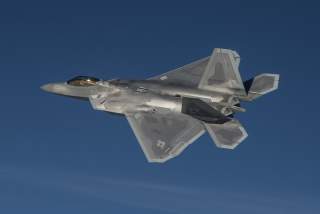 "In the F-22, I convert on guys, and they never even see you there. You roll up right behind them and go ‘why waste a missile when you have a gun.’”