Recession Ahead? Between Coronavirus and Brexit, Europe Might Be in Trouble 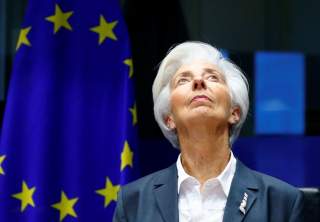 Households, companies and investors alike should brace for a year of lackluster economic growth in the eurozone. The European Commission expects the 19-member currency area to grow by only 1.2 percent this year — the same rate as 2019, but below the 1.9 percent and 2.5 percent growth seen in 2018 and 2017, respectively. While uncertainty about the future of global trade has taken a toll on Europe's economic climate and manufacturing sector, domestic consumption has nonetheless remained strong due to rising employment and modest increases in wages. The next few months, however, will present multiple sources of geopolitical risk that will continue to stall economic expansion across the eurozone, and could potentially lead to temporary recessions in countries such as Italy.

China is the European Union's second-most important trading partner after the United States, which means that economic developments in the Asian giant have a direct impact on EU economies. Last year, trade disputes with the United States resulted in the Chinese economy expanding by just over 6 percent, the lowest rate in three decades. In late 2019, Beijing's “phase one” trade agreement with Washington suggested that things could improve, but the ongoing coronavirus outbreak has since dimmed hopes for a quick economic turnaround in China.

The virus will eventually be contained, but it could be months before that happens. In the meantime, Chinese trade demand will continue to slow alongside the country's economic growth. This will hit the European Union's main exporters to China particularly hard, which includes Germany, France, Finland and Sweden. As Beijing's quarantine measures to contain the coronavirus outbreak disrupt supply chains, European companies with factories in China, such as the German automaker Volkswagen, will also continue to see their production affected. The coronavirus outbreak will likely prompt Beijing to introduce measures to stimulate its own economy, which will limit its investment abroad, including in Europe. Chinese investment in Europe has slowed in recent years but still exceeded $17 billion in 2018, with a heavy focus in the United Kingdom, Germany and France.

The outbreak will also hurt tourism in Europe due both to a reduction in the roughly 6 million Chinese nationals that visit the Continent every year and because of the travel bans and trip postponements now happening around the world. Already, the arrival of foreign visitors to France — where tourism represents around 8 percent of gross domestic product (GDP) — has,  according to the Finance Ministry, fallen between 30 and 40 percent since the beginning of the outbreak in early January.

Italy, meanwhile, has so far been the site of the most confirmed coronavirus cases in Europe. In addition to tourism concerns related to the outbreak, Rome's containment efforts to date — such as quarantining a dozen cities in the country's industrial north, and suspending activities in public spaces — risk further weakening the country's already stagnating economy as well. At the same time, fears of the virus spreading across Europe will lead to countries temporarily increasing border controls, which would cause disruptions in the movement of people and goods within the passport-free Schengen area.

The United Kingdom will remain in the single market until Dec. 31, which means that there will not be any significant disruptions in London and Brussels' economic relationship this year. However, there is still considerable uncertainty about what EU-U.K. trade ties will look like in 2021 and beyond. Negotiations over a free trade deal will start on March 2, and London has until late June to decide whether to ask for an extension of its membership in the EU single market. But while both sides want to reach a deal, the European Union's push for London to remain aligned with single market regulations — as well as pressure from northern EU members to preserve their access to British fishing waters, and London's demands for a permanent deal for its financial services sector — will create obstacles to a comprehensive free trade agreement.

Instead, the most likely outcome is a limited deal that covers goods and a few services, complemented with several temporary agreements to minimize disruptions as much as possible. But should the disagreements become so severe that even a limited deal cannot be found, the European Union and the United Kingdom will have to start trading under costly World Trade Organization tariffs in 2021. The resulting blow to the British economy would also hurt some of the United Kingdom's main trade partners in Europe, including Germany, Ireland, the Netherlands and France.

In recent years, the administration of U.S. President Donald Trump has imposed higher tariffs on multiple EU goods, ranging from steel and aluminum to food and luxury products. Several developments this year could result in the United States imposing new rounds of tariff hikes against the bloc, which would further reduce EU exports to its main trading partner.

U.S. agricultural demands have hindered progress in ongoing trade negotiations between Brussels and Washington. The Trump administration could impose higher tariffs on EU exports, such as cars, in an attempt to coerce the bloc into a deal. This would most acutely affect Germany, the bloc's largest automobile producer, as well as the primarily Central and Eastern European countries that make up the German auto industry's supply chain. That said, the White House may wait to impose such tariff hikes to ensure U.S. consumers don't face higher prices for their European cars ahead of the U.S. presidential election in November. But if Trump is re-elected, the existing tariff hikes are likely to continue, while new ones could be introduced.

The White House has also threatened to impose higher tariffs on products from EU countries that introduce taxes on large digital companies, most of which are American (such as Facebook, Google and Amazon). France, Italy and Spain have already announced such taxes, though they will not enforce them immediately. The official position of these countries is that they want to give the Organization for Economic Cooperation and Development more time to reach a global deal on taxing digital companies. But the unofficial reason is that they are waiting to see what happens with the U.S. presidential election, as the threat of higher tariffs may disappear under a new administration. But should Trump secure a second term, Paris, Madrid, London and others will have to decide whether to move ahead with the taxes at the risk of inviting higher U.S. tariffs on their exports.

The financial crisis of the early 2010s was particularly tough for countries in Southern Europe, forcing many to ask the European Union and the International Monetary Fund for rescue programs as borrowing costs skyrocketed. But less than a decade after the crisis, the situation could hardly be more different. Desperate for any bonds that produce a positive yield, many investors see eurozone debt as safe under the European Central Bank umbrella. And as a result, countries such as Italy and Greece are now borrowing at unusually low costs.

Greece, in particular, will have one of the fastest-growing economies in the eurozone in 2020, with growth expected to be above 2 percent. There's also a conservative, business-friendly government now in Athens — a situation that both investors and credit ratings agencies tend to like. But despite the current excitement about Greek bonds, the country is not completely out of the woods after its long economic crisis. Indeed, many of the fundamental problems of the Greek economy remain intact: Debt is still well above 180 percent of GDP (the highest ratio in the eurozone), nonperforming loans continue to burden Greek banks, and the country's aging population and high emigration rates will constrain long-term economic growth.

Italy, meanwhile, is teetering ever closer to a recession. The country's economic growth is expected to be very low in 2020, and its fragile coalition government raises the risk for an early general election that would create uncertainty about Rome's future policy direction. Opinion polls suggest that, if there is an early vote, the nationalist League party could win and form a government with like-minded parties. The League has recently backtracked on past comments about leaving the eurozone, but the mere prospect of a Euroskeptic government in Rome could make savers and investors nervous. And this renewed volatility in debt markets could, in turn, end the current convergence of bond yields in the eurozone.

Against the backdrop of slowing economic growth, EU institutions will help countries through policy as much as they can. The European Commission is reviewing the bloc's fiscal rules, which establish limits on the debt and deficit levels for the members of the eurozone, and will propose changes by mid-2020 to make them simpler. Countries in Southern Europe believe Brussels' current fiscal policies are too strict and undermine economic growth, while countries in the north think that the problem is not the rules themselves, but the fact that they are rarely enforced. Given this polarization in the eurozone, a significant overhaul of the European Union's fiscal rulebook is improbable. Instead, the Commission will probably become more flexible in its implementation of the rules and will tolerate member states spending more during times of economic slowdown.