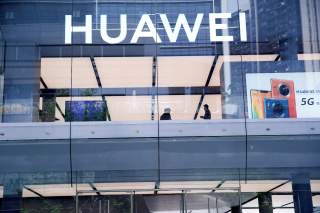 National security risks are too great to allow telecommunication companies to use subsidies on Huawei and ZTE, both of which U.S. officials say are in league with the Chinese government,  the Federal Communication Commission noted in its ruling.

Huawei pushed back against the decision. The order “is based on nothing more than irrational speculation and innuendo, the company said in a statement Friday. Huawei officials say they will continue to work with all U.S. agencies on security issues.

Huawei often denies that it operates at the behest of Beijing.

Those promises of commercial independence haven’t made much headway as U.S. government officials and lawmakers make their case to wallop the Chinese mega company. President Donald trump placed Huawei and others on a list in May prohibiting them from doing business with American companies.

Some of the companies on the list can do business with American entities provided they have government licenses.

Chinese products “could suck up data, disrupt service or launch denial-of-service attacks,” Commissioner Jessica Rosenworcel said. “I have only one complaint with this effort — that it took us so long to get here.”