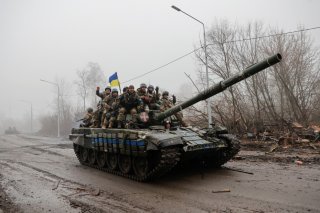 German president Frank-Walter Steinmeier revealed on Tuesday that he had intended to travel to Kyiv, Ukraine’s embattled capital, to meet with Ukrainian leader Volodymyr Zelensky, only for the Ukrainian government to rebuff his request, claiming that his presence “apparently wasn’t wanted in Kyiv.”

Steinmeier’s comments came on Tuesday during a visit to Poland, which borders Ukraine and has been active in providing assistance for Ukrainian forces since the onset of Russia’s “special military operation” on February 24. On Monday, the German newspaper Bild revealed that according to an anonymous Ukrainian official, the German leader had received the rejection from Kyiv because of his previous ties to Russia.

Steinmeier, who has served as Germany’s ceremonial president since 2017, served as German foreign minister from 2005 to 2009 and again from 2013 until 2017. In that role, he pushed for closer European integration with Russia, a stance that he maintained after Russia’s invasion and annexation of the Crimean Peninsula from Ukraine. Although Steinmeier has distanced himself from his past diplomatic efforts and urged a harder line against Moscow, the Ukrainian ambassador to Berlin questioned the authenticity of his change of heart in an interview in early March.

Steinmeier revealed that he had originally planned to travel to Kyiv alongside the presidents of Poland and the three Baltic states, a trip calculated “to send a strong signal of joint European solidarity with Ukraine.” The other leaders are still scheduled to visit Ukraine on Wednesday. Additionally, despite Steinmeier’s absence, Germany’s Der Spiegel reported that several German lawmakers, including Michael Roth of the Social Democratic Party (SPD) and Anton Hofreiter of the Green Party, were scheduled to meet with their Ukrainian counterparts within the country.

Other leaders to visit Kyiv since the repulsion of Russian forces in northern Ukraine include British prime minister Boris Johnson and Austrian chancellor Karl Nehammer, both of whom met with Ukrainian president Volodymyr Zelensky. German chancellor Olaf Scholz, Germany’s head of government, has not visited, although Ukraine’s ambassador has urged him to go, arguing that his presence in Kyiv would send a “strong signal” of European unity to the Kremlin.

Although Germany has since made considerable changes to its foreign policy, including by supplying weapons to Ukraine and increasing its defense budget, it has refused to sell heavy weapons to Kyiv.