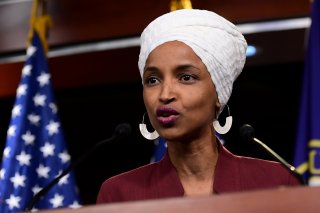 Iran is asking the Washington-based financial institution for a $5 billion line of credit to deal with the novel coronavirus disease (COVID-19) outbreak that has killed over twenty-two hundred Iranians. But the Trump administration remains committed to what it calls a “super-maximum economic pressure campaign” against the Islamic Republic, raising the specter that the United States could use its veto power to halt any IMF loan.

The United States currently donates the largest amount of money to the international fund and holds around sixteen percent of the executive board’s votes, the largest share among IMF member states. This gives the U.S. government “unique veto power over major policy decisions,” according to the Congressional Research Service.

A spokesperson from the U.S. State Department declined to comment on Iran's application to the IMF.

“The administration absolutely should allow [the loan] to go forward,” Morgan said. “Any support that can get to the Iranian people should get there, however it is.”

But the loan should not be a substitute for “a temporary lift on the sanctions” aimed at the Iranian economy, Morgan added.

Omar has signed a letter alongside several progressive Democratic heavyweights calling for the Trump administration to “substantially suspend sanctions on Iran in a humanitarian gesture to the Iranian people.”

She has also proposed the Congressional Oversight of Sanctions Act, which would require Congress to approve economic sanctions imposed by the President, as part of a package of foreign policy legislation unveiled in February.

A lack of national revenue may be a major obstacle to Iran’s coronavirus response. Other countries have used aggressive social isolation practices, including citywide lockdowns, to stem the spread of the new virus.

Tehran mayor Piruz Hanachi has said that he would have been able to quarantine Iran’s largest city “under good and normal economic conditions,” but cannot afford to feed his citizens through an economic shutdown.

The State Department denies that the economic pressure campaign is hindering Iran’s response to the coronavirus pandemic. State Department officials have repeatedly cited the $16 billion that Iran has spent on “terrorism and foreign wars” over the past eight years.

Iran has budgeted 78 trillion tomans for its Health Ministry over the coming year, equivalent to about $18.5 billion.

Secretary of State Mike Pompeo offered to provide Iran with “with all that America can deliver” to help fight the coronavirus on March 17, but announced new sanctions “to deprive the regime of critical income from its petrochemical industry” the next day.

“We continue to look for ways to deny the regime the revenue it needs, whether it’s on crude oil, petrochemical, industrial metals, precious metals, targeting individuals and entities,” said Brian Hook, the State Department official in charge of Iranian affairs, on March 20.

This article has been updated to reflect the State Department's response to a request for comment.