Report: America Is Experiencing A Labor Shortage Of Blue-Collar Workers 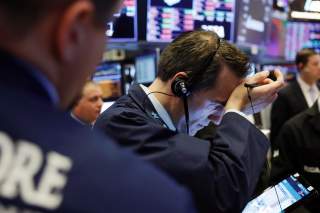 Key point: While a recession “would reduce the labor shortages problem for a few years,” the report finds that “Blue-collar labor shortages will likely continue through at least 2030.”

The Conference Board, a global business think tank well known for regularly publishing labor market indicators, just released a new report titled “US Labor Shortages: Challenges and Solutions.” The report details how, in the span of just 10 years, “the US economy moved from having the weakest labor market since the Great Depression to one of the tightest in history.” The result has been “critical shortages, especially for blue-collar and manual services employers who are experiencing much tighter labor markets than employers of highly educated white-collar workers — the exact opposite of prevailing trends in recent decades.” While written from the perspective of businesses struggling to find enough workers, the report also details key ways the growing US economy and related factors are benefiting workers in blue-collar industries.

The report finds various factors (including slowing working-age population growth, a shrinking population of non-college-educated workers, and lower labor force participation by especially young men) have contributed to “a dramatic decrease in labor supply.” Meanwhile, “demand for blue-collar and manual services workers is increasing,” creating labor shortages. The result is unemployment rates for blue-collar and manual services workers well below 2007 levels — that is, before the last recession: 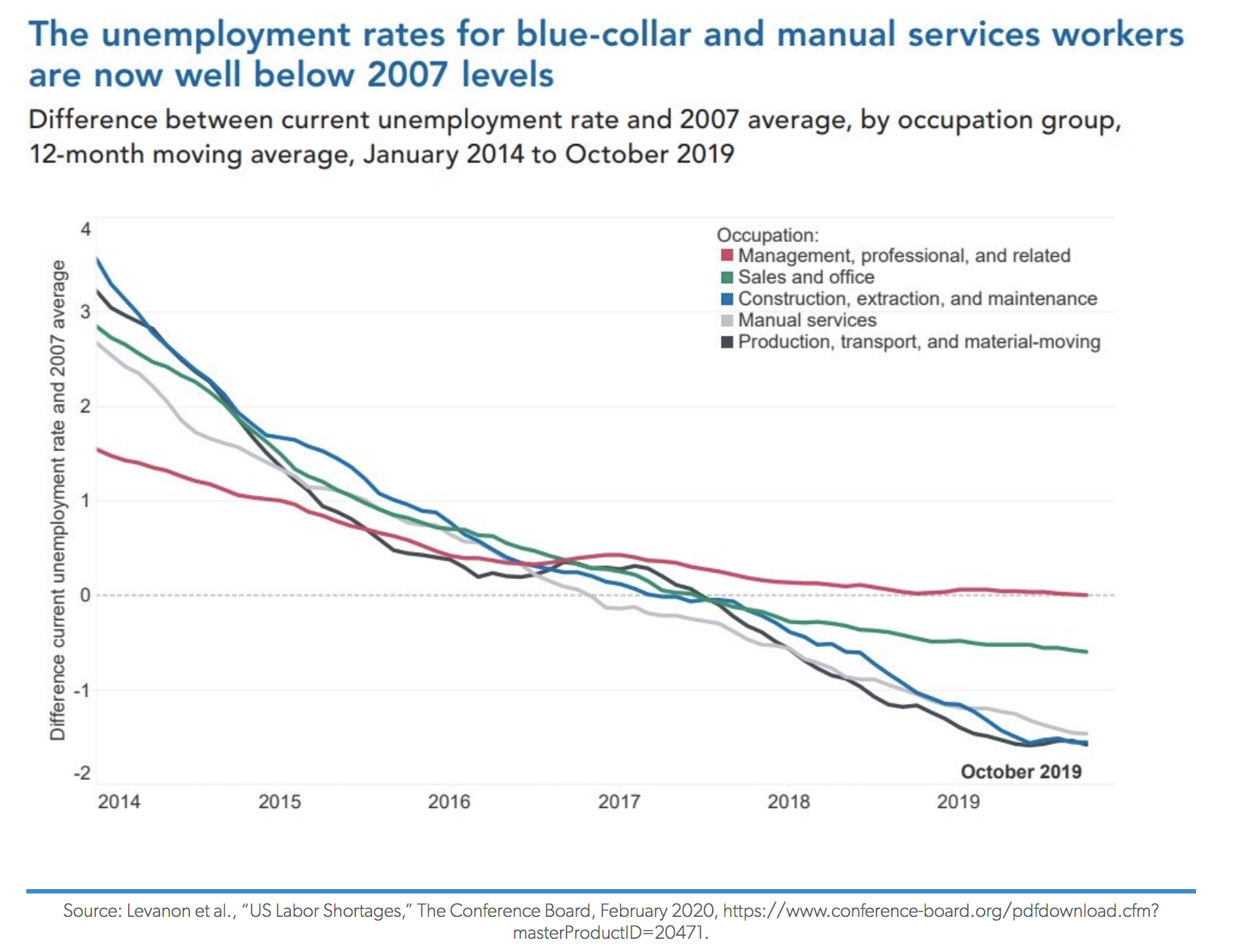 Key groups have benefitted. The report finds “large improvement in participation rates among black workers and young Hispanic women — the same groups that have historically seen participation rates well below national averages.” Companies — especially in blue-collar industries — have also “increased their efforts to recruit underserved populations such as women, mature workers, the disabled, immigrants, and veterans.”

The report states the “number one solution” companies use to recruit and retain employees is “raising wages and salaries.” As displayed below, wages are now growing fastest for the group that includes blue-collar and manual services workers: 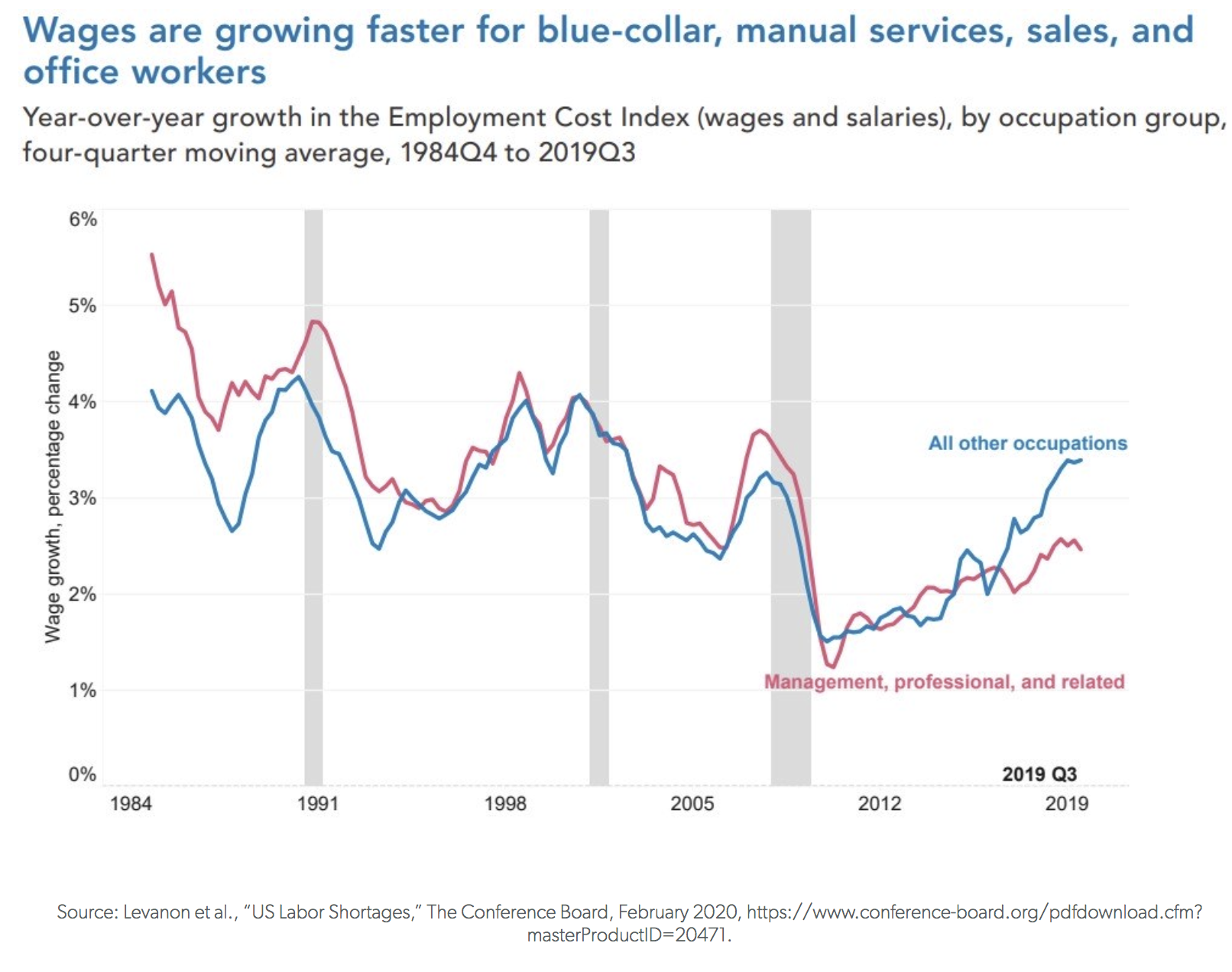 While a recession “would reduce the labor shortages problem for a few years,” the report finds that “Blue-collar labor shortages will likely continue through at least 2030.” That finding contrasts with the views of “US labor-market thought leaders,” who the report’s authors note “are currently much more focused on the risk of massive technological unemployment in the distant future than on the existing labor shortages.”