Report: America's Adversaries Are Catching Up To The U.S. Army 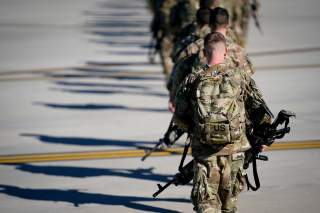 Key Point: America excels in many areas, other nations excel in a few, but no one really seems to have a huge advantage.

This piece first appeared in 2015. It is being republished due to reader interest.