Report: Defense Contractors Hiding Behind Shell Companies are “Ripping off the Pentagon" 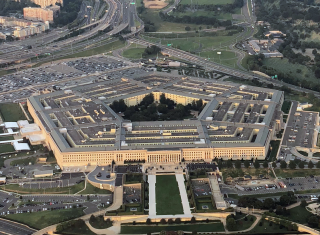 Defense contractors hiding behind shell companies are “ripping off the Pentagon and endangering national security,” one watchdog group concluded after reading a “sobering” November 2019 report from the Government Accountability Office.

The GAO report underscores a problem that has become “a worldwide concern,” noted Neil Gordon, an investigator for the Washington, D.C.-based Project on Government Oversight. POGO has ideas for how the Pentagon can begin to address the problem.

The U.S. Department of Defense “faces several types of financial and nonfinancial fraud and national security risks posed by contractors with opaque ownership,” the GAO explained.

“These risks, identified through GAO’s review of 32 adjudicated cases, include price inflation through multiple companies owned by the same entity to falsely create the appearance of competition, contractors receiving contracts they were not eligible to receive and a foreign manufacturer receiving sensitive information or producing faulty equipment through a U.S.-based company.”

The GAO cited one case involving “an ineligible foreign manufacturer that illegally exported sensitive military data and provided defective and nonconforming parts that led to the grounding of at least 47 fighter aircraft.”

While the GAO didn’t identify the fraudulent party in that case, Gordon made an educated guess. “This appears to reference Allied Components LCC, a military hardware supplier whose owner pleaded guilty in 2013 to providing F-15 fighter aircraft parts that were not only defective but also made in India even though the contract required the parts to be U.S.-made, and to passing along information about nuclear-powered submarines to India without the required government approval.”

“Altogether, four of the 32 cases involved contractors using U.S.-based shell companies to conceal that the work was really being done by a foreign-based company,” Gordon explained. “Concealing beneficial ownership in this manner increases the chance that ‘adversaries seeking to act against the government’s interests’ will gain access to sensitive government information or installations, according to the report.”

A case the GAO cited as an example of contractors inflating prices by concealing their ownership and control of subcontractors is apparently that of Supreme Foodservice, which pleaded guilty in 2014 to major fraud against the United States and paid a total of $434 million in penalties. And the unnamed contractor executives who admitted to “creating fictitious, inflated bids that were not from actual businesses” and fraudulently inflating invoices is an unmistakable reference to Glenn Defense Marine Asia and the massive “Fat Leonard” Navy contract corruption scandal.

The most rampant form of abuse documented in the report—accounting for 20 of the 32 cases—is contractors falsely posing as being eligible for contracts set aside for small businesses owned by “service-disabled veterans, women, minorities or economically and socially disadvantaged individuals.”

The report describes what POGO determined is likely a recent case involving a Kansas City, Missouri-area construction company owner who was sentenced to 18 months in prison last year for falsely claiming the company was managed by a service-disabled veteran in order to win more than $13.7 million in contracts.

POGO recommended three remedies. “The easiest one, which the GAO recommends, is for the Pentagon to conduct a systematic ‘department-wide assessment of risks posed by contractor ownership,’” Gordon explained.

Companies wishing to do business with the government register in a database called the System for Award Management. However, the system currently doesn’t require the disclosure of beneficial owners; instead, contractors are only required under law to disclose their “highest-level” and “immediate” owners. Subcontractors are not required to register.

Any company that receives federal funds—from a prime contractor to the lowest-tier subcontractor—should be required to register and disclose their beneficial owners. And the system must be audited periodically to ensure the data is timely and accurate.

Second, a centralized database of corporate beneficial ownership information would greatly help government contracting officials identify and verify contractors’ real owners. There is currently an effort underway to lay the groundwork for such a database as part of a growing worldwide campaign to impose greater transparency on corporations. The government should do all it can to support this effort.