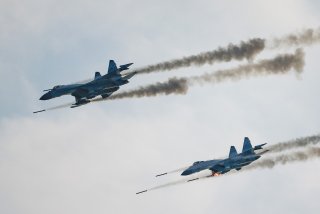 Russia’s willingness to target civilian areas in Ukraine, such as apartment complexes and residential areas, using unguided missiles, rockets, and bombs, is now well known and widely documented, and has been condemned by dozens of countries.

These attacks, which have killed large numbers of children since the beginning of the war, have also been accompanied by documented reports of atrocities and war crimes committed against Ukrainian soldiers and non-combatants.

Beneath the surface of these more visible and broadly recognized direct attacks against children and other innocent Ukrainian victims, there is also growing evidence of lesser-known atrocities such as the systematic bombing of Ukrainian healthcare facilities, museums, cultural heritage sites, and educational institutions.

Detailed reports from the Yale School of Public Health’s Humanitarian Research Lab (HRL) published since the beginning of Russia’s invasion have used satellite photos and large amounts of aggregated open-source evidence to show the extent of the devastation inflicted by Russian forces.

“The HRL verified damage through cross-corroboration of very high resolution satellite imagery and open source information. Based on a review of nearly 300 facilities across five cities and regions, the HRL has concluded that Russia-aligned forces have engaged in widespread and systematic bombardment of Ukrainian healthcare facilities,” a summary of the report explained.

The HRL report noted that it does not take a position as to whether these attacks are “indiscriminate” or “deliberate” but says that they constitute war crimes either way.