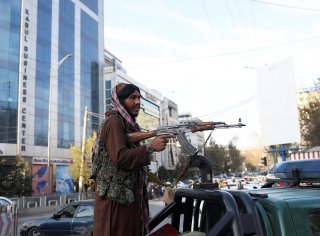 After its capture of Kabul in August 2021, the Taliban issued a number of public statements claiming that it intended to maintain stability and continuous government in the country. To this end, although some civil servants were dismissed for ostensibly religious reasons, the majority were urged to remain in their positions and continue providing services to the Afghan people. The Taliban-led government’s public statements indicated that Afghan officials, even those who had cooperated with the U.S. government, would not need to fear retaliation for their actions during the country’s twenty-year conflict.

Several months on, it appears that the group has changed course. Although it has not apparently engaged in widespread reprisals against white-collar government officials, its leadership has attempted to consolidate control over the country by replacing many civil servants trained by the United States with Taliban loyalists, according to a new report released by the Institute for the Study of War (ISW).

The country’s newly appointed Minister of Justice, Abdul Hakim Sharae, announced changes to the structure of the country’s legal system in late November. Among its other provisions, the decree restructured the process of entry into the legal profession; it stripped the Afghanistan Independent Bar Association (ABIA), previously responsible for licensing Afghan lawyers, of its authority, and instead dictated that the Taliban-controlled Ministry of Justice would approve them.

The decree also outlined criteria for newly appointed lawyers and provincial officials. It dictated that they should be “honest and loyal to the Islamic Emirate,” the Taliban’s name for its state in Afghanistan. It also insisted that they should not have worked in the administration of President Ashraf Ghani, and should have participated in the “jihad,” or the twenty-year insurgency against the United States and the internationally-recognized Afghan government.

The ISW observed that these qualifications would automatically disqualify all or nearly all existing officials from continuing to practice under the new regime, and would also exclude most incoming applicants who were not already fighters within the Taliban’s ranks.

The decree has already taken force in several provinces, with provincial officials in Takhar and Kunduz firing staff members and replacing them with former Taliban fighters—many of whom received a religious, but not typically a technical, education.

The report speculated that the loss of existing civil servants, particularly in areas requiring specialized training or education, could undermine the new government’s ability to provide public services. This concern is particularly salient in the upcoming winter, as Afghanistan appears likely to experience a significant food shortage in the months to come.