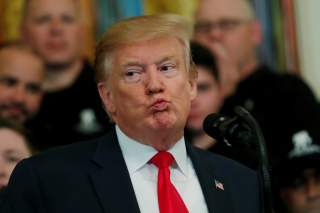 Former special counsel Robert Mueller asked Democrats on the House Judiciary Committee to swear in his longtime deputy as a witness at a congressional hearing Wednesday, according to multiple reports.

Mueller asked that Aaron Zebley, who served as deputy on the special counsel’s probe, be sworn in as a witness in order to address any questions that he is not able to answer, according to sources familiar with the matter, The New York Times and CNN reported.

Mueller is scheduled to testify before the House Judiciary Committee for three hours and before the House Intelligence Committee for two hours Wednesday. He will be pressed for details of his 22-month investigation into whether the Trump campaign colluded with Russia and whether President Donald Trump attempted to obstruct the probe.

In response to Mueller’s request for guidance ahead of his testimony, the Justice Department said Monday that the former FBI director has to stay “within the boundaries” of the public version of his repot.

It is not entirely clear why Mueller seeks Zebley’s assistance at the hearing. It is also unclear whether House Judiciary Committee Chairman Jerry Nadler, a New York Democrat, approved the last-minute change. The hearing schedule currently lists Mueller as the only witness.

Zebley was Mueller’s right-hand man on the special counsel’s team and also served as chief of staff to Mueller when he was FBI director. Zebley has been criticized by some Trump supporters because he represented former Clinton aide Justin Cooper in the investigation into former Secretary of State Hillary Clinton’s use of a private email server.

Republicans pushed back on Mueller’s request, calling on Democrats to leave Zebley off the witness stand.

“If Democrats believe it is the special counsel’s responsibility to testify to his report, they have no ground for outsourcing that duty at the expense of our committee’s integrity,” Georgia Rep. Doug Collins, the top Republican on the Judiciary panel, said in a statement.

GOP Ohio Rep. Jim Jordan, who sits on the Judiciary Committee and has been an outspoken critic of Mueller’s probe, was the first lawmaker to reveal that Democrats were considering allowing Zebley to testify.

“You don’t get to change the rules right before kickoff, especially after a 22 month, $30 million investigation,” Jordan said on Twitter.

If Zebley is sworn in as a witness, House rules will not allow him to confer with Mueller during the hearing, The Times noted.

Democrats were reportedly in negotiations to have Zebley and another Mueller deputy, James Quarles, testify privately, but the Justice Department intervened and instructed both not to appear.