The Results are in: These are the 20th Anniversary NRA Golden Bullseye Awards Winners 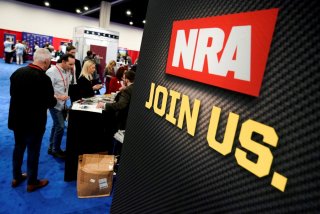 If you didn’t already know, we’re in “Awards Season,” when various industries pay tribute to the best of the previous year. There is Oscar buzz in Hollywood, and many in the world of music are watching to see who could soon take home a Grammy. Even after being “dark” for months due to the pandemic, there is already talk of who might win a Tony in the world of theater. In addition, J.D. Power seems to have awards for everything from automobiles to financial services.

In the world of firearms, there is something on par with an Oscar or Grammy: the National Rifle Association’s “Golden Bullseye.” The awards are chosen by a committee of NRA Publications editors based on criteria that consider a product’s innovation, utility, reliability, performance, and value to the consumer.

“We are pleased to announce the winners of the 20th Anniversary Golden Bullseye Awards,” said Doug Hamlin, executive director of NRA Publications. “These awards, started 20 years ago, are individually selected by the veteran and respected editors of the NRA Publication Division and confirmed by our management team through rigorous a selection process.”

What is also unique is that each NRA publication offers its own awards.

“When it comes to the NRA Golden Bullseye Awards bestowed by American Rifleman, American Hunter, Shooting Illustrated, and NRAWomen.com, they epitomize what NRA members seek in their shooting and hunting equipment—outstanding performance, innovation, and value,” Hamlin continued. “These are the industry’s best new products, representative of the top products introduced by the firearm industry for NRA members—in a time of Covid as well as when demand has surpassed record levels—and I extend my heartfelt congratulations to the winners.”

*Handgun Of The Year: Springfield SA-35

*Accessory Of The Year: Mantis Blackbeard

*Rifle of the Year: Savage Impulse

*Handgun of the Year: Colt Anaconda

*Optic of the Year: Trijicon RMRcc

In addition, the Golden Bullseye Pioneer Award specifically honors outstanding personal achievement and spotlights those responsible for the development and introduction of a piece of shooting equipment that has made a profound, positive and enduring impact on the way Americans shoot and hunt. This year, the NRA Pioneer Award will honor Dennis Reese, a 2021 Golden Bullseye recipient who was not able to receive the honor in person due to the cancellation of the NRA Annual Meetings and Exhibits.

The 2022 Golden Bullseye Awards will be presented in person at an invitation-only event during the 2022 NRA Annual Meetings & Exhibits in Houston, Texas from May 27 to 29, 2022.

Congratulations to this year’s recipients.