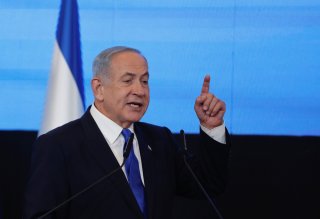 Chuck is deeply concerned that the ultra-right-wing electoral sweep endangers Israel’s character as a liberal democracy and the rule of law.

Danny is more sanguine, believing that Israel has gotten through tough times before and that its democratic and legal institutions are resilient and secure.

They agree that the differences between the outgoing and new governments on Iran may not prove too significant, but that with the demise of the Iran nuclear deal, options to tackle Iran are narrowing and the prospects of military action are growing.

They further agree that the elections may spell the end of the two-state solution.

For Chuck, that presents a major threat to Israel’s future as a democratic and predominantly Jewish state; Danny believes that creative solutions can still be found to avert any such catastrophe.

Both agree that Israel’s relations with the United States will be negatively impacted by the composition of the new Israeli government, as will the unprecedented, warm relationship with the signatories to the Abraham Accords.

Look out for their next podcast on how the outcome of Israel’s elections and the U.S. midterm elections may affect the future of the bilateral relationship (November 21).

Email your questions and comments directly to Chuck and Danny at [email protected].

Learn more about the work of The MirYam Institute.