RIP, Body Armor? The Army's New Gun Has the Pressure of a Tank 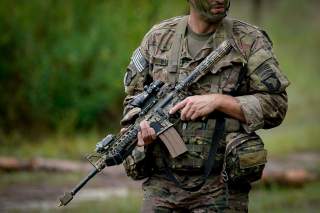 Key point: The military is always working on new weapons. This new rifle is very powerful but it also might not be ready for use downrange just yet.