RIP, LCD: Samsung Is Going All In on QLED HDTVs 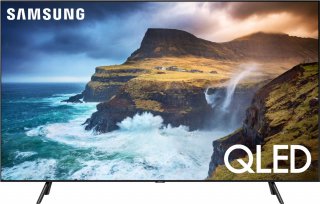 Samsung clearly understands where it is making its money, and it will now focus squarely on that.

According to a report from Reuters, Samsung has decided to halt production of traditional LCD displays by the end of the year. Driven by a supply glut and falling demand, the Korean company is now turning its full attention toward its burgeoning portfolio of TVs that utilize quantum dot technology.

Samsung said all LCD orders that the company has received would be honored.

“We will supply ordered LCDs to our customers by the end of this year without any issues,” the company said in a statement.

In recent years, QLED and OLED TVs have become the dominant players in the market, and weaker demand for LCDs has followed suit. This news is indeed a big hit for the LCD market because Samsung is viewed as one of its best-known manufacturers.

Other companies have also distanced themselves from LCDs. LG Display converted one of its LCD factories into an OLED one, and Panasonic last year decided to terminate LCD manufacturing by 2021.

In addition to a previously announced plan to invest $11 billion in QD-OLED production, at least one of the LCD lines in Korea will be converted to manufacture quantum dot-enhanced OLED panels. Samsung has ambitious plans to eventually build two more QD-OLED lines, though this could incorporate the company’s Chinese facilities as well.

As recently as last year, Samsung ran two LCD production facilities in Korea and another two in China.

Even with the wide proliferation of OLED TVs, Samsung is doubling down on its QLED technology and it has gained a loyal following among consumers. QLED is really just an LCD with quantum dots, which are microscopic particles that when hit by light, emit a certain different colored light. The source of this light is the LED backlight, and that light must pass through more layers, such as the LCD layer, to produce the images on the screen.

In improving QLED TVs, Samsung has created a new refined aluminum compound that can make the quantum dots more efficient, and the natural ability to produce more accurate colors. This technology replaces the red, green and blue color filters that many older TVs used.

QLED TVs have been mostly associated with Samsung. These days, though, other companies like Vizio and TCL have taken and run with this newfound technology.