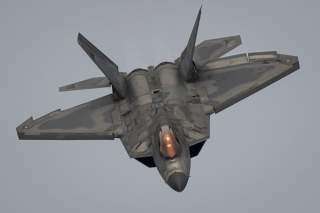 Key point: New defenses and counters are always being invented and tested. So far, it does not look like the F-22 is in trouble, but that could change.

Charlie Gao studied Political and Computer Science at Grinnell College and is a frequent commentator on defense and national security issues. This first appeared in 2017 and is being reposted due to reader interest.