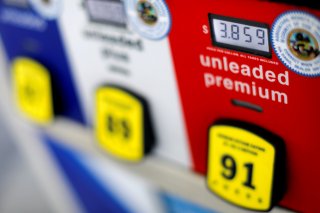 After several weeks of dropping over the course of the holiday season, the average gas price in the United States ticked upward last week, according to GasBuddy.

The average price is now $3.27 per gallon, a gain of 1.5 cents from a week ago. That average, however, is still down 11.1 cents from the same time the month earlier, although it’s more than a dollar more than the price this time last year. In May, the average price of gasoline rose above $3 for the first time in six years.

The main reason for the recent rise? Rising oil prices.

“After a pretty long run of falling gas prices, we’ve seen things stabilize. Oil prices have started to rise as omicron hasn’t been as severe as initially feared, leading to optimism that perhaps oil demand will start to rise in the weeks ahead as cases will eventually plateau,” Patrick De Haan, head of petroleum analysis for GasBuddy, said in the company’s weekly blog post. He added that while the Great Lakes states were expected to see a price hike this week, that hasn’t materialized yet.

At the same time, GasBuddy released a forecast for the year ahead, predicting that prices could rise again, and may even break the $4 mark this spring. While the yearly national average gas price in 2021 was $3.02, the site sees it rising to $3.41 in 2022. However, prices are seeing going lower as the year goes on.

GasBuddy provided ranges for each month and published the average of those ranges. For January, the predicted average is $3.27 per gallon, which is seen dropping to $3.19 in February, before rising to $3.46 in March and $3.64 in April. While the upper range for May and June is over $4, the average prices forecast for those two months are listed at $3.79 and $3.78 per gallon, respectively. But at the end of 2022, the predicted averages are listed as $3.31 in September, $3.16 in October, and $3.06 in November, before hitting $3.01 in December. The lower end of the range for the final three months of the year is under $3.

“While Americans are likely to see higher prices in 2022, it’s a sign that the economy continues to recover from COVID-19. The higher prices go, the stronger the economy is. No one would love to see $4 per gallon gasoline, but we’ll only get there on the back of a very strong economy, so it’s not necessarily bad news,” DeHaan said in the release of the forecast.

GasBuddy did note in the full forecast, however, that there is a great deal of uncertainty at play.