RNC Chairwoman: Why Doesn't Biden Release His Own Phone Calls? 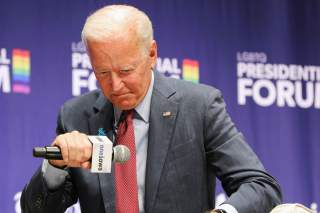 Republican National Committee Chairwoman Ronna McDaniel is calling on former Vice President Joe Biden to release transcripts of conversations he had with Chinese and Ukrainian officials while he served in the Obama White House.

McDaniel’s requests come after President Donald Trump decided to release the transcript of his call with Ukrainian President Volodymyr Zelensky. Democrats are accusing Trump of abusing the powers of his office by asking Ukraine to investigate Biden for alleged corruption.

“First it was the Russian hoax. Now it’s the Ukraine hoax,” McDaniel wrote in a press statement urging Biden to reveal his communication with world leaders.  “Once again, Joe Biden has shown he is just as extreme as the rest of the 2020 Democrats who are desperate to bring President Trump down.”

She added: “Now that the President has authorized the release of the transcript of his call with President Zelensky, we call on Biden to release the transcripts of his calls as Vice President with Ukrainian and Chinese leaders while his son was conducting shady business deals in those countries.”

Trump admitted Monday that he asked Ukraine to investigate Biden, but pointed to Biden’s pressuring of Ukraine to fire a top prosecutor that was looking into his son’s business ties.

Biden’s campaign has not responded to the Daily Caller News Foundation’s request for comment.