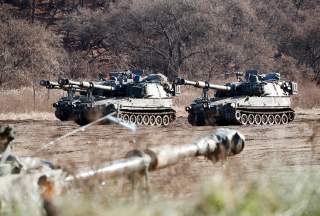 All these tasks imply a great deal more economic transparency than North Korea has provided in the past. They also suggest a prominent role for South Korea in both the planning and funding of new initiatives. It is doubtful at this time that Pyongyang would have enough trust in China, the US, or Japan to share sensitive economic information with them, and the Russians—even if they had the will to play a significant role—lack the resources. However, North and South Korea can draw on their previous experience and lessons learned from their economic cooperation to distill best practices while avoiding the mistakes of the past.

US and South Korean engagement with North Korea has focused almost exclusively on denuclearization to the detriment of progress in other areas that could advance normalization and reconciliation, which in turn could facilitate denuclearization. The Singapore Summit committed the US and North Korea to pursue peace arrangements and a treaty. Washington and Seoul need to begin serious and sustained planning now for how to implement these commitments in a manner that best advances their common interests in creating peace and security on the Korean Peninsula.

As a first step, these questions should be explored informally in Track 2 or Track 1.5 channels to gain a better understanding of North Korea’s receptivity to conventional military threat reduction measures and how they might relate to negotiations on denuclearization and a new peace treaty. The North’s willingness to participate constructively in these discussions could be one barometer of its interest in transforming relations with the United States and South Korea. Perhaps more importantly, it might be easier to make progress on conventional force reductions and CBMs between North and South Korea than on nuclear disarmament, which could help to sustain negotiating momentum toward reconciliation and normalization and provide a hedge against an impasse in US-DPRK talks over denuclearization.

Richard Sokolsky, currently a non-resident senior fellow at the Carnegie Endowment for International Peace, was a member of the Secretary of State’s Office of Policy Planning from 2005-2015. In a career at the State Department spanning 37 years, he was also Director of the Office of Strategic Policy and Negotiations from 1990-1997 and a senior fellow at Rand, the National Defense University, and Carnegie.