The Robot Jobs Revolution Is Coming: What Does This Mean For The Elderly? 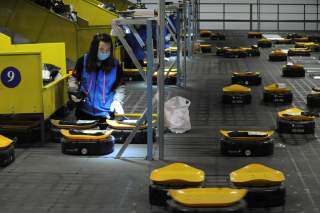 Please check out my long-read chat with economist Carl Benedikt Frey’s new book, “The Technology Trap: Capital, Labor and Power in the Age of Automation.” During that conversation, Frey addressed a question that has frequently been posed to me. Our exchange:

Pethokoukis: So what is the alternative for the 55 year old person who’s automated out of a job? Do we just say, “Well, guess what? You have no right for the rest of your life to a $90,000 a year job. Maybe you only have a right to a $55,000 a year job. That’s just the way it is — maybe we’ll give you some wage insurance.” Is that really the only option? Because it doesn’t sound like he’s going to become a software coder.

Frey; No, I think that’s right. But I think there are certain things that can be done, at least, to reduce the barriers between jobs and geographies. Special occupational licenses are frequently mentioned — I think it’s ridiculous that you need to take two exams to become a hair shampooer in the state of Tennessee. If you then want to move across states, you might need another new license because they haven’t harmonized across space.

Similarly, moving between places is made harder by the fact that more people own their homes. I don’t think there is a particularly good reason why we should encourage home ownership.

Secondly, if you look at the places where most new jobs are emerging, they are primarily emerging in cities with skilled populations. You see that house prices have risen very significantly in those places, but housing supplies failed to keep pace. And we have a lot of zoning restrictions that are responsible for that which could be abolished.

Thirdly, one example that is close to my heart because it’s close to where I grew up in Sweden: Malmӧ was a city that was in trouble for a long time after its shipyard closed down in the early 1990s. And the revival essentially came with the construction of the bridge to Copenhagen, which allowed people in Malmӧ – a city in decline – to tap into the booming labor market in Copenhagen. Most of the people would commute back to Malmӧ and live there because housing was cheap. Most of them would spend their money locally, where they lived, which gave a boost to the local service economy.

I think a lot can be done in terms of actually connecting declining regions and cities with expanding ones.

James Pethokoukis is the Editor of AEIdeas and the DeWitt Wallace Fellow at the American Enterprise Institute.

This article originally appeared at The American Enterprise Institute.