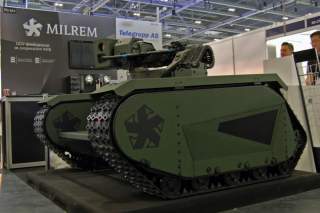 Key point: Russia more than most countries is in a hurry to actually field armed UGVs.