Rock Island Armory 1911: The Best (Quality) Budget Gun Out There? 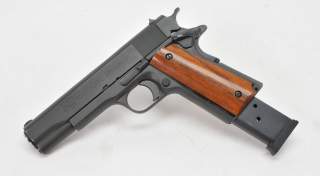