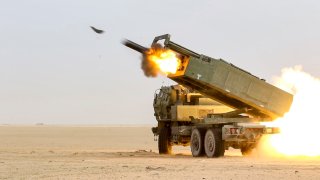 President Joe Biden and the Department of Defense have authorized the single largest weapons support package for Ukraine since the beginning of the conflict, pledging as much as $1 billion in rockets, ammunition, anti-tank weapons, surface-to-air missiles, and armored vehicles.

The initiative, announced Aug. 9 at the Pentagon by Undersecretary of Defense for Policy Colin Kahl, lends additional evidence to recent comments from the Pentagon and U.S. allies that the West is preparing long-term support for Ukraine’s fight against Russia. The aid package also signaled that Ukraine is continuing to effectively employ U.S. and NATO weapons and technology against the invading Russian forces.

Kahl detailed that the package will include

Kahl went on to explain that these materials were “critical capabilities” for Ukraine’s effort to repel Russia in the east and south.

This continued level of Western support is entirely aligned with the collective sense of resolve that was expressed at the recent Ukraine Defense Contact Group of more than fifty countries in support of Ukraine’s defense against invasion. The sentiment expressed at this most recent meeting by U.S. secretary of defense Lloyd Austin and multiple NATO leaders was firm in its commitment to prepare the international community for a longer-term strategy in support of Ukraine.

Key NATO allies such as Germany, the United Kingdom, and others have been adding critical support since the earliest days of the war, and Kahl explained that both Britain and Germany have supplied three M270 Multiple Launch Rocket Systems.

As for the United States, more Guided Multiple Launch Rocket Systems (GMLRS), precision-guided missiles that are able to fire a 200-pound warhead 70km downrange, are on the way.

“We provided a tremendous number of GMLRS in the last PDA [Presidential Drawdown Authority] package and we are now on a rhythm of shipping it so that things are arriving on a steady cadence. So I think you can expect that in the next PDA package there will be the next increment of GMLRS,” Kahl said.

These land rockets continue to exact an enormous toll upon vital Russian assets such as command and control centers, troop concentrations, and high-value systems such as mobile launchers capable of firing missiles into civilian areas in Ukraine.

The size of the aid package, coupled with an ongoing multinational commitment to sustaining support for Ukraine, seems to indicate that the international will to offer long-term support to Ukraine remains strong. This is perhaps in large measure due to the success of the weapons thus far, which Pentagon officials say continues to be used to great effect by Ukrainian defenders. Ukraine’s ability to employ offensive and defensive tactics with dispersed, maneuvering units armed with anti-armor weapons has shined light upon the growing extent to which precision munitions, networking, and ambush-style “hit-and-run” kinds of disaggregated formations can succeed against a heavier, modern, and mechanized force. The range, precision, and lethality of modern anti-armor weapons, and how they are being tactically employed by the Ukrainians, indicate that newer technologies are reshaping maneuver formations and informing concepts of operation for future warfare.

For instance, in Force Design 2030, Marine Corps commandant Gen. David Berger specifically cited Ukraine’s battlefield success as one of several reasons why the Corps can increase its mobility, range, deployability, and lethality with a fast, high-tech expeditionary force armed with long-range, yet highly lethal anti-armor weapons. Berger noted that Ukraine’s war effort explains why the Corps was divesting all of its Abrams tanks and shifting toward a more agile, dispersed, multi-domain fighting force using drones, long-range anti-armor weapons, and a new generation of networking technology.