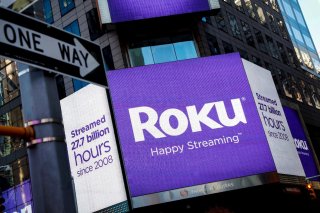 Just in time for summer, Roku has teamed up with Element to release an outdoor TV, the first-ever to feature the Roku operating system.

According to Engadget, the 55-inch TV is similar to other Patio Series TVs released by Element previously, except that this one features the Roku TV OS.

The TV is IP55 Rated weatherproof, and also features Tempered and Anti-Glare Glass.

"With the outdoor Element Roku TV, we're able to expand Roku's offerings of the No. 1 selling Smart TV Operating System in the U.S. into a new part of the home," Tom McFarland, senior director of business development, Roku TV, said in the release, per TV Technology. "The power and ease of use of Roku TV, combined with Element's accessible-to-all, feature-driven hardware fits perfectly with any outdoor living space."

"This 4K TV with HDR10 provides a premium viewing experience that's the perfect addition to your outdoor spaces. With a tempered, anti-glare screen, you can stream all your favorites from the great outdoors while ensuring your TV is protected from whatever life throws at it," the Walmart website says of the product.

Roku joins a growing field in the outdoor TV market, which includes the outdoor-exclusive brand SunBrite TV. Samsung jumped into the race last year with the Terrace line. Outdoor TVs traditionally cost more than similar indoor ones, because of the waterproofing required.

According to CNET, the new Element Roku model will be one of the less expensive outdoor TVs available, although it is still quite expensive by normal TV standards. Some people opt to simply move their standard TVs outdoors temporarily, such as during parties, while risking exposure to the elements.

The announcement of the Element Roku TV comes about a week after Roku announced a new bundle that features the Roku Ultra, along with the Roku Voice Remote Pro.

"At Roku, we are committed to providing our users with the best possible streaming experience with a focus on choice, value, and ease of use," Chris Larson, vice president of Retail Strategy at Roku, said in the announcement.

"With the release of the Roku Ultra and Roku Voice Remote Pro bundle we’re adding even more features to our most powerful player while keeping the price under $100, ensuring that high performance is readily accessible. With a click of a button or by using the remote’s hands-free voice commands, Roku Ultra users can access the content they want, set shortcuts for favorite channels, or find a lost remote without moving from the couch. The best just keeps getting better."