Roku Thinks Cable and Satellite Will Be (Almost) Dead by 2024 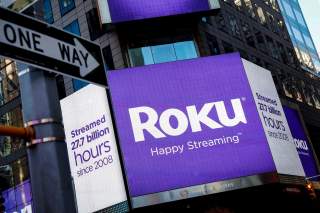 Roku dominates streaming device sales for many reasons. Ease of use, the sheer amount of apps a user can download as well as the sheer amount of free content combined with amazing picture and sound quality make for a product that is what I consider to be the gold-standard of streaming players. When many people think of streaming—considering how it is now the operating system of many TVs thanks to partnerships with TCL, JVC, Sharp and others—they think Roku. Such brand recognition is invaluable.

And the future, at least according to Roku, could not be any brighter. In a letter to shareholders yesterday, Roku declared that “by 2024 roughly half of all U.S. TV households will have cut the cord or never had traditional pay-TV.”

That should make executives in companies like Comcast, Verizon, Dish Network and other traditional cable and satellite providers break out into a cold sweat.

Cable and satellite companies for years now have seen a massive decline in overall revenue and profits as subscribers have increasingly left their services for streaming giants like Netflix and looked increasingly to other platforms that can emulate cable, like YouTube TV.

But could Roku be exaggerating just a little bit? Is such massive growth truly possible? What the company is predicting would essentially mean the near-death of cable TV, with many jobs lost with the pay-TV industry changed forever. Will that many people really cut the cord?

Honestly, I would say the answer is yes. The cable industry, which I have seen up close, is not very adept at adapting to change or new challengers. Also, there is a generational shift in how people watch, engage and look for TV as well as overall video content. Millennials and Generation Z consume information in an era where smartphones and streaming are the first choice for viewing almost anything. To them, cable is the equivalent of the VHS tapes industry—it’s part of the past.

That can only mean an incredibly bright future for Roku and other streaming service gatekeepers-—those who provide the entry point for seeing and viewing such content. Factor in the number of people who will switch to streaming exclusively and the number of streaming services currently offered, as well as those that might exist in the future, and it seems like cable TV’s future is looking pretty grim indeed.

Harry J. Kazianis serves as a Senior Director at the Center for the National Interest and Executive Editor of their publishing arm, the National Interest. In the past, Harry served as Editor-In-Chief of The Diplomat and was a part of the foreign policy advisory team of U.S. Senator Ted Cruz’s 02016 U.S. Presidential Campaign.  His work and ideas have appeared in The New York Times, The Washington Post, CNN, Fox News, CNBC, USA Today, The Week, The Hill, the American Conservative and many other outlets across the political spectrum. Harry enjoys writing about technology issues and products from a real-world perspective, having previously worked in the telecommunications industry from 2000-2011. You can follow him (or yell at him) on Twitter: @Grecianformula.