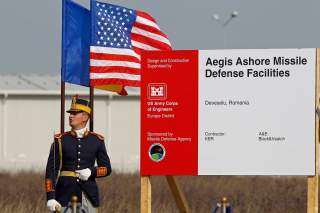 Key point: NATO's missile shield will help defend it against any surprise attacks.