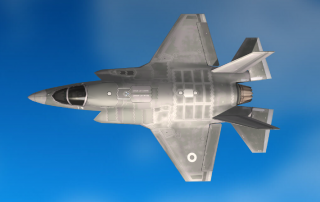 Unbeknownst to both Mileusnic and McQueen, dropping weapons from altitudes below 1,000 feet was not authorized, the court heard.

An investigation into the crash of a CF-18 on Nov. 28, 2016 has revealed that according to the National Defence Flying Orders Royal Canadian Air Force (RCAF) fighter pilots are not allowed to fly below 1,000 feet except when on an approach, take-off or landing.

Capt. Christopher Mileusnic from 4 Wing Cold Lake was given a $2000 fine by a military court for flying below that altitude during a training mission to drop inert bombs. His wingman, Capt. Thomas McQueen, was killed in a crash during the same mission.

However, as reported by Edmonton Journal, Military Judge Lt.-Col. Louis-Vincent d’Auteuil said imposing the maximum sentence, given the circumstances, would be absurd.

The two men’s mission was to practice dropping two Mark 83 inert bombs followed by two laser-guided training rounds in the range. Their plan, which they discussed before taking flight, was to deploy weapons from 600 feet above ground.

Unbeknownst to both Mileusnic and McQueen, dropping weapons from altitudes below 1,000 feet was not authorized, the court heard.

A subsequent flight safety report that followed McQueen’s crash revealed that the two men were not the only CF-18 pilots from the same unit who weren’t aware of the 1,000 feet flying minimum, although the report did not attempt to conclude just how “widespread the practice of dropping weapons from below 1,000 feet was, but it did occur on training missions other than the accident flight.”

At least one other pilot observed that Mileusnic and McQueen had been planning 600-feet bomb deliveries but did not see this as being against regulations.

Towards what would be the end of their mission, McQueen assumed the lead from Mileusnic, dropping a laser-guided training round. Shortly, after dropping the weapon, McQueen, 29, crashed into the terrain and died instantly, the court heard.

Before impact, he had flown toward his target at approximately 500 feet above ground with Mileusnic flying only a few miles behind him.

Mileusnic radioed a Mayday call and remained flying over the crash site as the “on scene commander” until he was relieved by another fighter jet that had been close by, the court heard.

Although d’Auteuil accepted Mileusnic’s guilty plea after hearing the circumstances surrounding the mission Mileusnic led that day, he reiterated the findings of the flight safety report, which did not find Mileusnic responsible for what happened to McQueen, as none of the mission lead’s actions or decisions that day contributed to the crash.

The report concluded that pilot distraction on the part of McQueen was likely to blame for his death and that “low-altitude flying did increase the risk level, but did not necessarily lead to the accident.”