The Ruger SR40c: The Most Dangerous Handgun on the Planet? 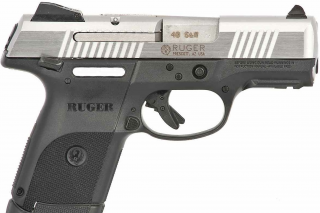